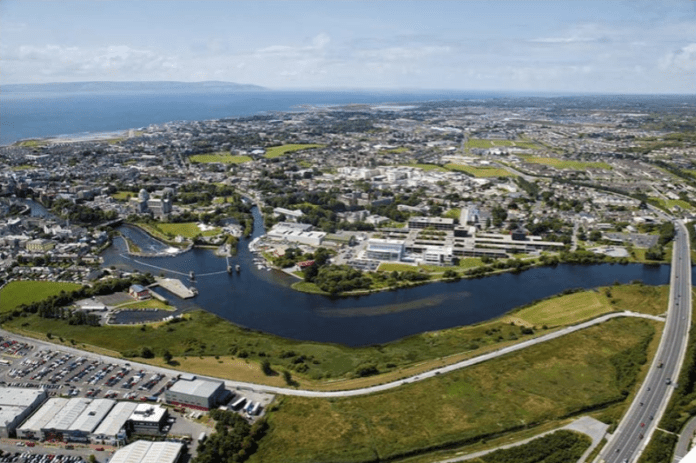 Galway City’s population could rise by between 50% and 55% by 2040 in a plan which has suggested population growth as a way of balancing the economic disparity between the West and the East of the country.

The strategy would see the growth of urban centres in the West and North-West, through investment in infrastructure and services to meet the demand arising from the population increases.

Letterkenny, Sligo and Athlone are also included in the Regional Spatial and Economic Strategy, which was published today by the Northern and Western Regional Assembly (NWRA). These towns are forecast to have population increases of 40%.

The first ever Metropolitan plan envisages Galway becoming a leading European city, “renowned for its quality of life, its history, its culture and people” and says it will be a city which “embraces modern technologies and high standards of education”.

If the targets are met, the city would have to be transformed to allow the population of the city to increase to over 120,000 in the next twenty years.

The NWRA’s strategy says that it provides for the necessary increase in housing, sustainable transport and it must also “promote a range of house types, sizes and tenures”.

Galway City Councillor Cllr Declan McDonnell, who is also Cathaoirleach of the NWRA, said: “The strategy is essentially a contract between local, regional and national leaders on priorities to attract, retain and grow investment, business and talent, to create jobs, and to support sustainable economic growth in the West and Border region.

“The challenge for central government and our region is to build long-term competitiveness so that all regions can contribute and share in the benefit of growth.”

John Moran, chairperson of the Land Development Agency, added: “What’s nice about this plan is that it puts people and place at the top of the list of priorities, which is essential for Galway to reach its growth potential and attract or retain talent.

“If we are to develop a counterbalance to a dominant Dublin it is critical that cities like Waterford, Limerick, Cork and Galway develop in collaboration with towns like Sligo, Letterkenny and Athlone to form a coherent alternative cluster.”