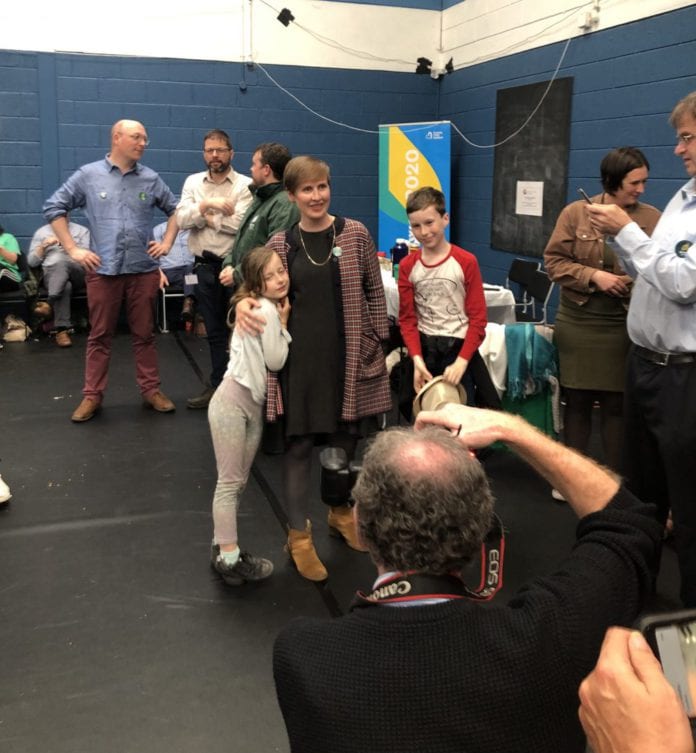 There is no doubt that Green Party supporters all over the country are celebrating their surge in support over this last election.

In keeping with the national theme which could see the Green Party elect two candidates to the European Parliament, Galway City Council has elected it’s first candidate from the Greens since 2004.

In Galway City West Pauline O’Reilly has come second in the poll while exceeding the quota with 1304 first preference votes.

There were scenes of jubilation in the Westside Community Centre as Pauline O’Reilly and her team celebrated their achievement.

The Green Party could see two candidates elected with Martina O’Connor putting in a very strong performance in the crowded Galway City Central.

Pauline O’Reilly was one of two candidates elected in the first count in Galway city west along with Independent councillor Donal Lyons.

The two were merely waiting for the official count to begin this morning as exit tallies for the west district showed them both comfortably over the line.

In the county Alastair McKinstry became the first ever member of the Green Party to secure a place on Galway county council yesterday with a seat in Connemara South.