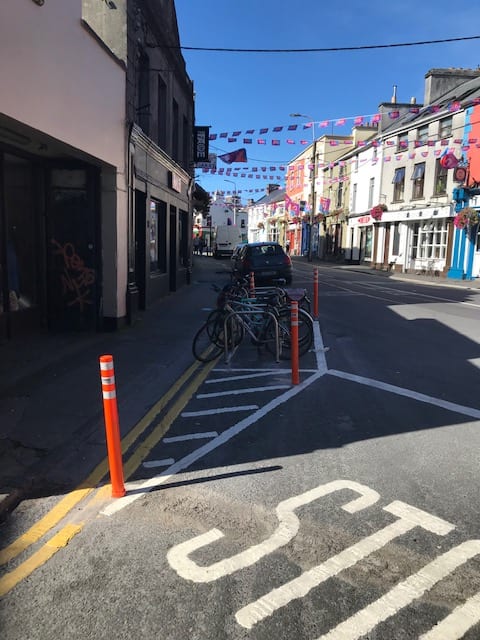 Galway City is set to have over 160 new cycle parking spaces by the end of this month.

Galway City Council started the installations in September – and in the past week alone, 40 new cycle parking spaces were installed in Eyre Square.

Speaking about the installations, Brendan McGrath, Chief Executive of Galway City Council said: “In line with the Galway Transport Strategy, the goal of Galway City Council is to encourage more use of sustainable modes of transport, and to provide for cycling in a stress free and safe environment in the City.

“This installation of cycle parking is an initial step in the right direction in terms of increasing provision for cycling in Galway.

“The overall Cycle Plan has been developed as part of the Galway Transport Strategy, and is based on three levels of network, which support each other and reinforce connections across Galway.

“Primary, Secondary and Feeder cycle networks are to be developed across the City as part of the overall Cycling Infrastructural Plan. A consultant will shortly be appointed to design and construct five cycle routes on the east side of the City, with an additional five routes on the west of the City due to go to tender in the coming weeks.

“The impact of these new routes will be substantial in terms of cycling connectivity in the city.”

This initiative will be extended in the coming months to other areas of Galway City.