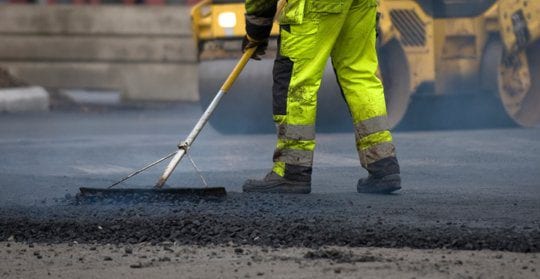 Galway City Council has been allocated just over €4.8 million for roads maintenance and improvements in 2020.

Transport Infrastructure Ireland has said that €450 million is being allocated for maintenance and improvements to the national roads infrastructure in Budget 2020.

The bulk of the funding announced for Galway City will be spent on two main projects, the N6 Bothar Na dTreabh Improvement will receive €2 million.

While a further €2.6 million has been allocated for Phase 1 of the road between the Coolagh Roundabout and the Tuam Road.

Galway West TD Seán Kyne said that this will improve conditions on the N6 at Galway Clinic and the junction with the Tuam Road, which he described as “one of the busiest routes in Galway”.

Galway County Council was allocated €29 million in the same round of funding from TII, over €15 million of which will be spent on a series of upgrades to various points on the N59.

This includes allocations of €10 million for the Maam Cross to Bunnakill section, €1.3 million for the widening project at Letterfrack, €1 million each for the Clifden to Oughterard section and the Moycullen Bypass, as well as pavement works near Letterfrack, Gowlan West near Clifden, Moyard and Recess.

Making the announcement, Minister for Transport Shane Ross said that this funding will improve safety for all road users, not just drivers.

“We are dedicated to improving road safety for all of our citizens in whatever way possible, whether through legislation, education or road maintenance.”

Michael Nolan CEO of TII said this funding approval allows TII to “work with our local authority partners in delivering projects that will improve road user safety and enhance regional accessibility across the country for all road users”.

“This level of investment allows us to continue to maintain and improve our national road network,” he concluded.