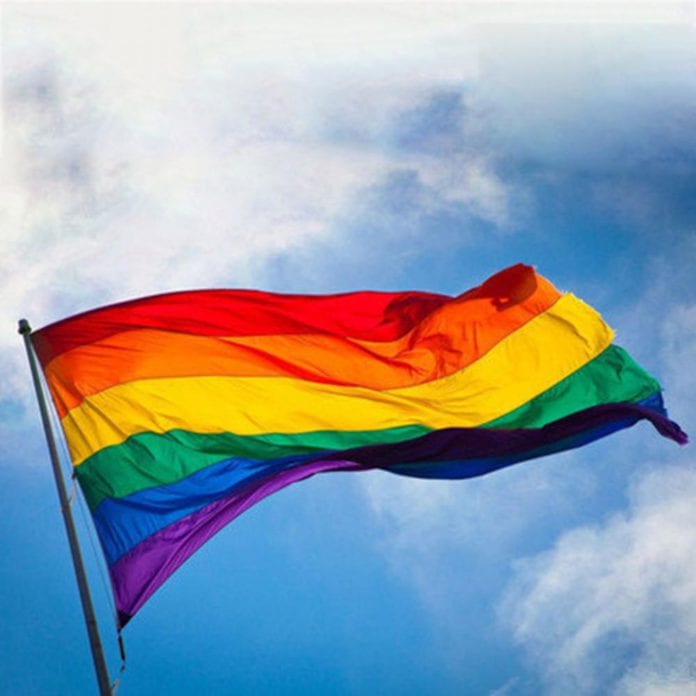 The Rainbow flag will be raised by Galway City Council for Pride Week in Galway after every Councillor voted for a motion brought forward by Cllr Owen Hanley.

The Social Democrats councillor’s motion stated that ‘Galway City Council recognises the important contribution made to this City by LGBT+ citizens and rejects in all its forms discrimination against the LGBT+ community’.

To show support for “equality” and “acceptance” the motion called on the Council to raise the Rainbow flag from the 12th to the 19th of August.

Galway Pride is Ireland’s longest consecutive Pride festival since its initiation in 1989.

To show support for ‘equality’ and ‘acceptance’ the motion called on the Council to raise the Rainbow flag from the 12th to the 19th of August.

All aspects of the motion passed with every Councillor voting for it.

The motion also contained a provision that the Council shall endeavor to work with staff to establish an LGBT+ staff  network.

Fianna Fáil Councillor John Connolly welcomed the motion and declared that he would “support any effort to reject discrimination”.

He praised Cllr. Hanley remarking that what he has proposed has a real impact on prejudice.

He took the opportunity to condemn Taoiseach Leo Varadkar for his recent jibe at Fianna Fáil leader Micheal Martin in the Dáil.

Varadkar compared the Fianna Fáil leader to a parish priest who preaches about avoiding sin while secretly engaging in sin himself.

Cllr. Connolly used this as an example of potential prejudice against priests.

The Fianna Fáil Councillor also raised his objections to the Cuban Flag which flew above City Council last May.

He lambasted Cuba’s human rights record when it came to the LGBT+ community referencing Cubans being sent to workhouses because they were gay.

While exclaiming he was “glad” to support the motion, he concluded his remarks by expressing his belief that the national flag should fly above any other flag outside the Council and to be careful what other flags fly above the Council.

Labour Councillor Niall McNelis explained that the Cuban flag flew above the Council because the Cuban Ambassador was visiting at the time.

Cllr. Connolly promised that if he was there he’d have asked the Cuban Ambassador about the cancellation of the gay pride parade in Cuba.

Chief Executive of the Council, Brendan McGrath reassured Cllr. Connolly that no flag flies above the national flag.

McGrath clarified that no flag flies above the national flag and commented that it was a courtesy that the Council always raises the flag of visiting ambassadors.

He then emphasised the support Galway City Council has offered to the LGBT+ community and noted they were “delighted” to support both the pride parade and LGBT staff.

The motion is the very first motion proposed by Council newcomer Owen Hanley who made history by being elected to Galway City Council at 23 years old.