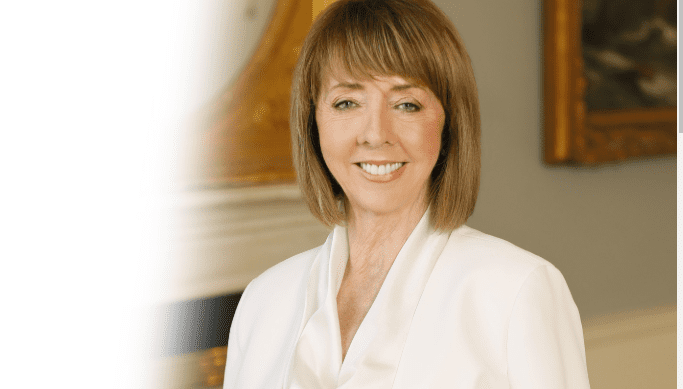 Senator Joan Freeman will run for President after securing nominations from Galway City Council and Galway County Council as well as two other councils yesterday.

The Independent candidate, if elected as Uachtarán na hÉireann, says she will champion the wellbeing of the nation,and focus on the mental and physical health of Irish society and our ageing population.

Speaking to RTÉ News after receiving the necessary nominations, Senator Freeman said: “I am absolutely humbled and delighted with the four nominations. I suppose what adds to the poignancy here is that I received four nominations on World Suicide Awareness Day, which was just such a happy coincidence.”

Yesterday, Joan Freeman tweeted: “I look forward to campaigning on the ground across the country. I also look forward to debating the other candidates on TV, Radio & online.”

She will run for the Áras against President Michael D. Higgins, a Sinn Féin representative who will be named next week, and Sean Gallagher who was nominated by five councils.

Councillor Jimmy Guerin said O’Doherty’s ‘hurtful poisonous, unfounded allegations’ insult not only the memory of Veronica Guerin but also the many Gardaí who put their lives on the line to challenge the gangs.