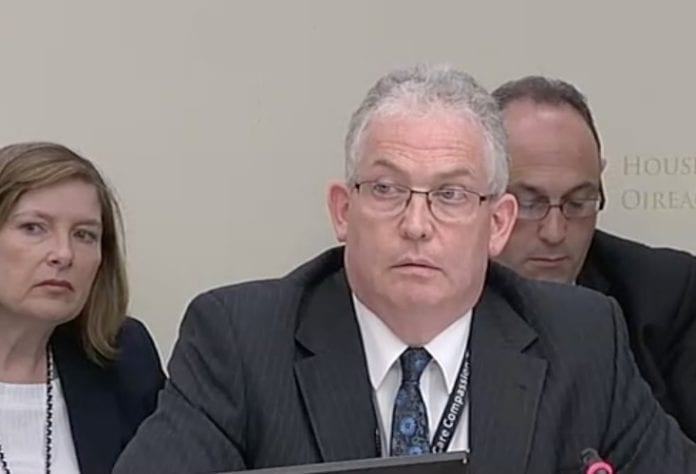 Lorraine Walsh was diagnosed with cancer after previously being told that her scans were clear. She is one of 221 women caught up in the cervical check tragedy, many of whom have since lost their lives.

In a recent interview with the Sunday Business Post Tony O’Brien, the then Chief of the HSE, said that Simon Harris had behaved like a “frightened little boy” during the investigation into the scandal.

He also attacked the Public Accounts Committee that carried out the investigation as a “kangaroo court” and was particularly critical of the role of Sinn Féin.

In response to this Ms Walsh took to twitter to slam O’Brien’s response, saying:

“Pity after all this time he couldn’t take responsibility for the disaster that is the HSE, that he lead and desperately failed at leading! Shame on you Tony O’Brien, you made me sick and now 6 years later you make me feel sick!”

Pity after all this time he couldn’t take responsibility for the disaster that is the HSE, that he lead and desperately failed at leading! Shame on you Tony O’Brien, you made me sick and now 6 years later you make me feel sick! https://t.co/pmdHKHwcTw

O’Brien resigned from his post as the head HSE in May as the controversy that has affected so many women continued to gather steam.

According to the Irish Examiner a spokesperson for Minister Harris said that he “doesn’t believe in engaging in the politics of personalised attacks.”

She added that the women who feel let down by the cervical check Scandal will remain the Minister’s priority.

Minister Harris appointed Lorraine Walsh and Sephen Teap as the patient representative’s to a Steering Committee meant to improve on the Cervical Check programme.

Mr Teap lost his wife Irene to cervical cancer last year, and only recently learned that smear tests she got in 2010 and 2013 were false.

Mr also lashed out at Tony O’Brien on twitter, calling out the head of the “Old Boys Club” for calling the HSE’s initial response to the scandal a trainwreck.

“Who was the leader of this ‘trainwreck’? Where are the questions on his poor leadership skills,” he said.

Head of the "Old Boys Club" gets taken out, read his bitter response here in this interview. "HSE’s initial response to the crisis had been a trainwreck", who was the leader of this "trainwreck"? Where are the questions on his poor leadership skills @susmitchellSBP #Cervicalcheck https://t.co/HMfZUetqPC

Lorraine Walsh and Stephen Teap both received honours for bravery at the Labour Party Conference in Dublin on Sunday for their work advocating for victims of the Cervical Check scandal, along with fellow campaigner Vicky Phelan.

Ms Phelan said at the conference that doctors who withheld information from patients about the medical history in the scandal should face sanctions.

The scandal first came to light when Ms Phelan made her false results from the company CervicalCheck public, and the scale of the issue became known when she took them to court.