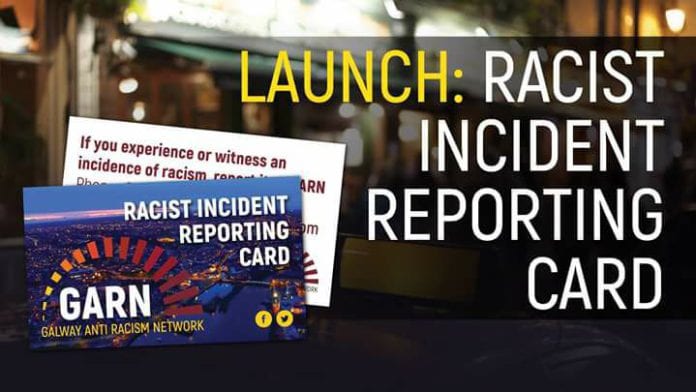 The Galway Anti-Racism Network is launching a racist incident report card this week  to encourage victims of racist abuse and violence to report it.

According to the GARN, racist discrimination and graffiti targeting asylum seekers and members of the travelling community are becoming more common in Galway.

They claim that many incidents are never reported because victims are afraid of not being believed or are frustrated by an apparent lack of action.

Chairperson of GARN Joe Loughnane has claimed that staff at the Eglinton and Great Western direct provision centres are pressuring asylum seekers who associate with GARN.

Lougnane said online that residents at the provision centres have been interrogated by staff about their association with him and GARN and have had their movements monitored.

“When we had an event on and there were people coming from the Eglinton, residents of the centre said that a member of staff was watching a security camera to see who was leaving at a specific time to go to our event.”

The new report card will display a contact number and email address which will allow victims and witnesses of racist incidents to make a confidential report.

GARN are working with community guards, trade unions, and other interested groups to help coordinate this campaign.

The launch is taking place at 1pm March 21st, the International Day for the Elimination of Racial Discrimination, at the Secret Garden, 4 Willaim Street West.