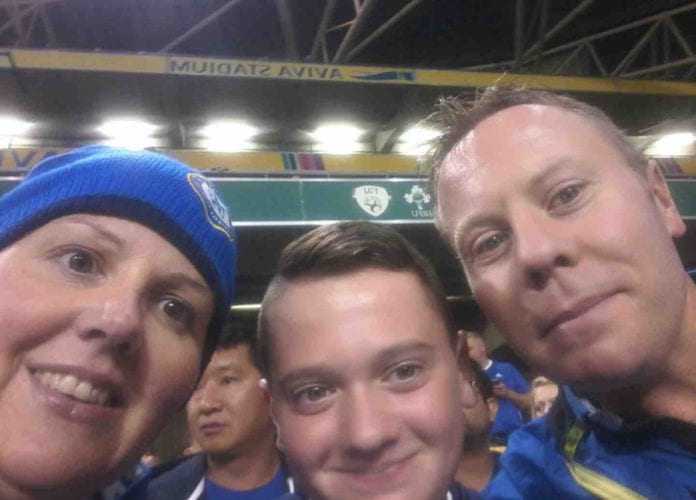 A GoFundMe page has raised over €100,000 for Ballinasloe native Audrey Morgan, who is a three-time cancer survivor and is now battling cancer for the fourth time.

The campaign for the forty-year-old mother of one originally from Ballinasloe aims to raise €150,000 to aid with the costly Immunotherapy treatment, additional medical costs and childcare for her son, Oisin.

The primary school teacher was first diagnosed with cervical cancer in 2011. She had her first recurrence in 2014 and again in 2016 meaning she had to undergo a rare and very invasive surgery.

This year, Audrey was rediagnosed with cancer with few options for treatment remaining.

On the GoFundMe campaign’s page, Audrey said that she only managed to do one session of chemotherapy as it hit her like a train. She said that she knew immediately that her quality of life would be severely impaired had she continued with it and that would be in addition to all the nasty life-changing consequences of the chemo.

“It’s toxicity was over bearing on me. I just couldn’t cope with continuing this course of treatment,” she said.

She then began to research alternative treatments.

“I have since researched an immunotherapy treatment called Pembrolizumab. Immunotherapy is a groundbreaking way of treating cancer and unlike chemotherapy it doesn’t spread through the body like poison killing both good and bad cells.

“The HSE won’t fund it. There is no current clinical trial here and essentially my hands are tied with regard to accessing the drug. However, I need this treatment more than anything else.

“I come with cap in hand, and ask you if you could manage donating a few Euro to my cause to support me in funding the immunotherapy, further treatments both medical and holistic and other incidental costs that I shall incur.

“The immunotherapy itself costs in the region of €8,500 per session. A session/transfusion is done every three weeks for an indefinite amount of time,” she added.