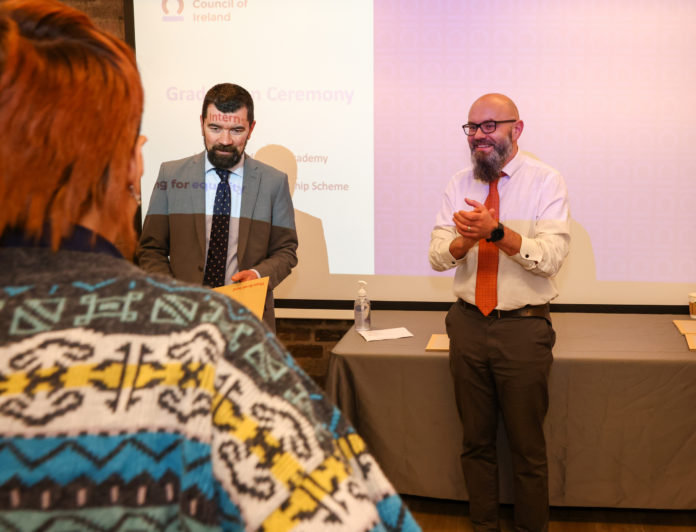 Four Galway locals were among a number of migrants that have graduated from political and leadership programmes run by the Immigrant Council of Ireland.

The Galway graduates were presented with certificates by Joe O’Brien TD at an event which took place at EPIC The Irish Emigration Museum, Dublin.

Also in attendance were some of the political representatives who mentored migrant interns as part of the Migrant-Councillor Internship Scheme, including Mayor of Galway Colette Connolly and Dublin City Councillor Anne Feeney.

Graduates from two courses, the Migrant Leadership Academy and Migrant Councillor Internship Scheme, were celebrated at the ceremony.

Both courses are aimed at increasing migrant representation in politics and encouraging migrants to use their voice to enact change.

Speaking at the graduation, Immigrant Council of Ireland Integration Manager, Teresa Buczkowska, said that Ireland is an increasingly diverse society, with one in eight of us coming from a migrant background.

“The reality, however, is that us migrants don’t see ourselves represented in many key sectors of Irish society, including the social justice sector,” she said.

“Migrants in Ireland should be included in conversations on issues affecting us, from housing, education and discrimination to immigration policy reform and more.

“Both the Migrant Leadership Academy and the Migrant Councillor Internship Scheme equip participants with the skills to begin to use their voice to enact change.

“Many migrants and refugees are doing great work in their local communities championing issues and effecting positive change, but their hard work is often overlooked.

“We want to celebrate what the participants in both schemes have achieved during their time on the programmes and we wish them every success in the next step on their journey.”