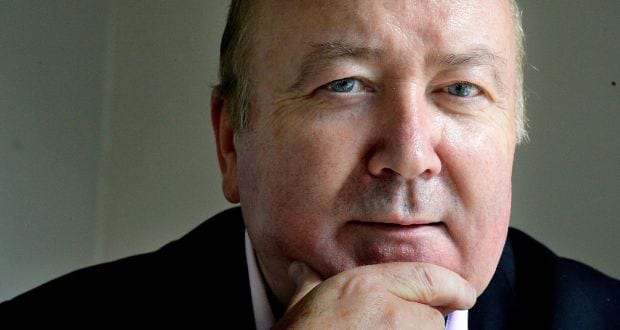 Former Editor of The Irish Times Conor Brady has been appointed an Honorary Professor at NUI Galway.

Professor Brady has said he is ‘greatly honoured’ to be invited to work with the University on the MA in Journalism programme.

As well as contributing to the development of journalism and media studies at the university, he will also lecture in the history of media to BA Journalism students and chair the University’s Editorial Advisory Board – a group of external journalists and editors that advises the university on best practice in journalism education.

Head of Journalism and Communication Tom Felle said that Professor Brady would bring a wealth of experience to his new role.

“NUI Galway has a long history of journalism education and our BA Journalism – relaunched in 2019 – is the top points programme in the country in its category,” he said.

“2020 marks the start of a major period of expansion for NUI Galway in media and the creative industries.

“We are delighted that Conor has agreed to join us to help us achieve our goals at NUI Galway as we strive to develop an international centre of excellence in journalism and wider media education in the West of Ireland.”

Professor Brady said: “I am greatly honoured to be invited to contribute to the development of journalism and media studies at the vibrant and progressive NUI Galway.

“The technologies, the delivery vehicles, of 21st Century journalism are changing constantly.

“But it is essential in parallel to preserve Irish journalism’s legacy values of truthfulness, courage, respect and fairness and to ensure that they are embedded in contemporary practice.”

Brady is one of Ireland’s more experienced journalists and editors. He served as Editor of The Irish Times from 1986 until 2002, and previously worked for RTÉ and the Sunday Tribune.

He worked in a number of postings for the Times including in Northern Ireland, the London Bureau, and the European Desk. He reported on the conflict in Rhodesia, later Zimbabwe, in the 1970s, and was chair of the World Editors’ Forum from 1996 to 2000.

Professor Brady has previously held academic positions as Visiting Professor at John Jay College, City University of New York, and as a Senior Teaching Fellow at the Smurfit Business School in UCD.

He was a member of the Garda Síochána Ombudsman Commission from 2005 to 2011. He is chair of the Top Level Appointments Commission (TLAC), which selects leadership for senior public service positions.

He is a director of the Institute of International and European Affairs (IIEA) and is vice chair of Midlands Radio 103.