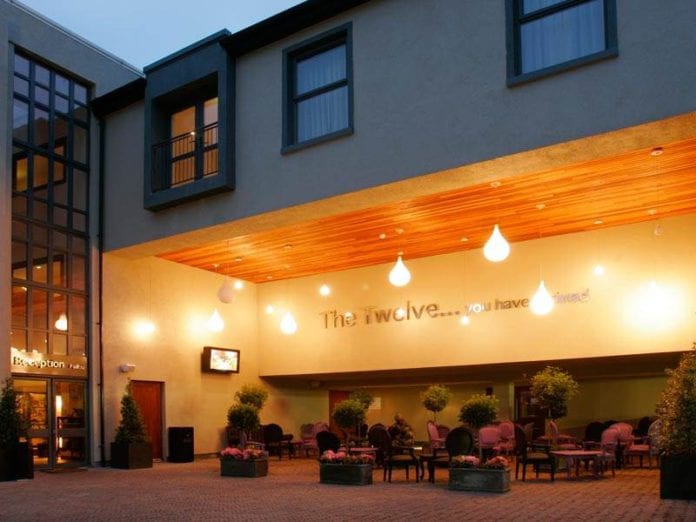 Reinaldo Seco and Kim Young charmed judges with their emphasis on fresh, local food with mussels picked right from Killary Harbour and Connemara lamb from a farm just up the road.

You can find Reinaldo and Kim in the car park of the Young family’s Killary Adventure Centre, with charming benches and picnic table for visitors to take in the view with their food.

And noted for providing the most outstanding Guest Experience was Tig Congaile restaurant and accommodation on Inis Meain.

Pioneering what has since become a popular food movement, Vilma and Padraic Conneelly have been using organic and sea vegetables in their menus since 1993.

Vilma’s Sea Vegetable Soup is a specialty well known beyond the islands, and there’s no better way to spend a fine day than sitting outside and soaking in the island view.

On top of the two great businesses above, three of Galway’s finest were also recognised within the special Spirit of the European Region of Gastronomy category.

“Behind this great achievement lie many years of preparation and there were three deciding factors,” the awards said.

“The exceptional quality of local produce, great hospitality, the unique ‘Galway Welcome’ and crucially, a strong plan for the future.”

The Region of Gastronomy designation was praised as a chance for hospitality and food businesses to show how working together can “create memorable experiences that educate and delight in equal measure.”

In Hospitality, The Twelve Hotel in Barna, and its owner Fergus O’Halloran, were named for being believers in “food tourism and working with the local community.”

We're thrilled to receive a new, Spirit of the European Region of Gastronomy Award today for #Hospitality from Georgina Campbell's https://t.co/ZBLWHBvQkY alongside @BeechlawnFarm & @GannetFish. Well done to all the winners and to our wonderful team #TeamTwelve #atyourservice pic.twitter.com/1cLmRHlU6L

Coming from the Land, Beechlawn Organic Farm at Ballinasloe was celebrated as being one of the most respected organic food producers in the country.

As much as for its food, the farm is famed for the visitor friendly way its run, educating people on where the food on their plates comes from.

Beechlawn is a National Organic Demonstration Farm, and earlier this month they held a family day with guest speakers, cookery demonstrations and tours of their polytunnels and fields to celebrate the Region of Gastronomy.

And supplying some of the finest offering of the sea is Stefan Griesbach of Gannet Fishmongers in Connemara.

A legend in the West, Stefan is one of the few people to treat fish as a seasonal food and to educate his customers about the relatively unknown types they should try out.

Through chatting with customers at the market, or by taking part in events like ‘Brassiere on the Corner’ and ‘Food on the Edge’, Stefan is always willing to talk about his love of fish and why we should eat more of it.

Beechlawn Farm and Gannet Fishmongers are two of the Twelve Apostles who supply The Twelve.

Outside of Galway, Adare Manor in Limerick was named the Hotel of the Year, while Strawberry Tree at Brooklodge in Wicklow won Restaurant of the Year.

The winners were unveiled earlier this week at Bord Bia’s headquarters in Dublin.