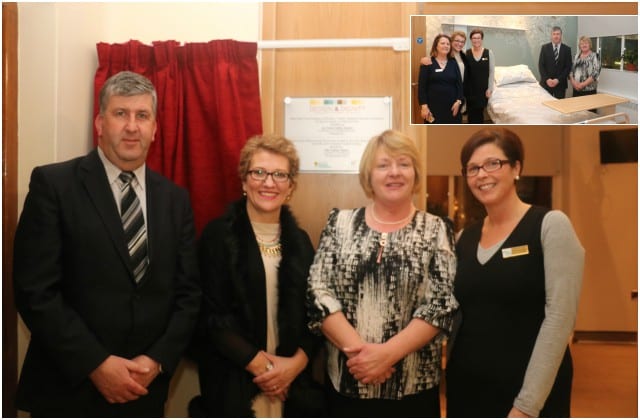 Semora Ciúin is for patients and families grieving following an early miscarriage.

A new bereavement room for patients and families using the maternity services at University Hospital Galway #UHG was officially opened this evening with @IrishHospice @HSELive. ‘Seomra Ciúin’ is the first in-patient bereavement room to be opened in the country. pic.twitter.com/QbqBZQQxSK

AnneMarie Grealish, Assistant Director of Midwifery at UHG explained that they identified the need for a single en-suite room to use as a protected area for women.

Funding was awarded by the Design & Dignity programme.

“Seomra Ciùin will also provide a dedicated space for patients who are approaching the end of life.  The room is a fully equipped clinical space but the design ensures that it is physically and aesthetically comforting for both patients and their families,” said Ms Grealish.

The room is also designed to facilitate overnight stays for partners/family members.

Sharon Foley CEO of the Irish Hospice Foundation said that she hopes this new bereavement room will be sanctuaries for women and their families to be together in private at extremely difficult times.

“The essence of Design & Dignity projects is to convey a sense of reverence and respect for life, death and bereavement,” she said.

Chris Kane, General Manager, University Hospital Galway said: “We are very grateful to the Irish Hospice Foundation for supporting the proposal made by staff in our maternity unit for this dedicated room. Great thought and effort has gone into the design and development of this space which will be used by patients and their families attending the maternity unit.”