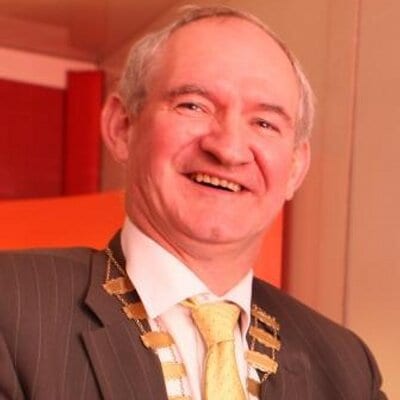 Fine Gael got off to a strong start as counting began in the Loughrea district today, with both of their councillors getting elected in the first count.

Michael ‘Moegie’ Maher and Jimmy McClearn both passed the Loughrea district quota of 1,724 by several hundred votes on the first count.

Maher received 2,152 first choice votes and McClearn was right behind him with 2,041. 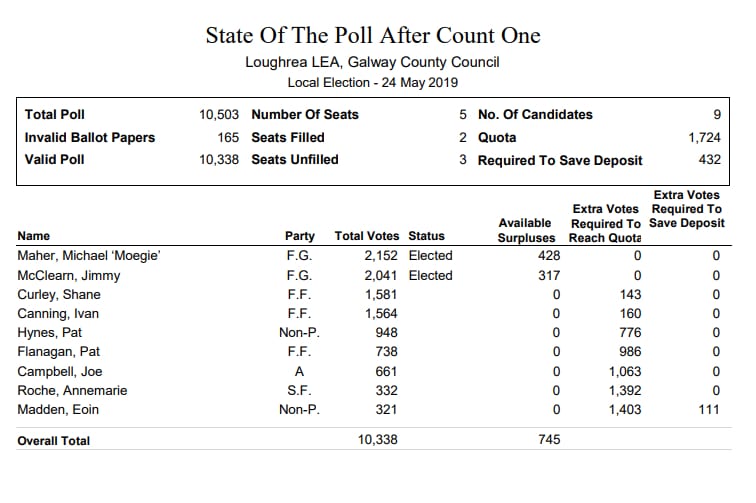 East Galway has spoken + we will all respect their verdict. Thanks to the voters,my family,campaign management & canvassers in E'Galway.

Shane Curley of Fianna Fáil is the first new face in Loughrea filling the third seat with 1,742 votes on the second count.

With two seats left up for grabs one is very likely to go to Ivan Canning, also of Fianna Fáil who has 1,589 votes and is just 135 away from the quota.

In fourth place is the Independent councillor Pat Hynes with 1,053 votes who also stands a strong chance of securing a seat.

The last county council seat will be a close race depending on where the transfers go as there’s just over 100 votes between Pat Flannagan (FF) and Joe Campbell from Aontú. 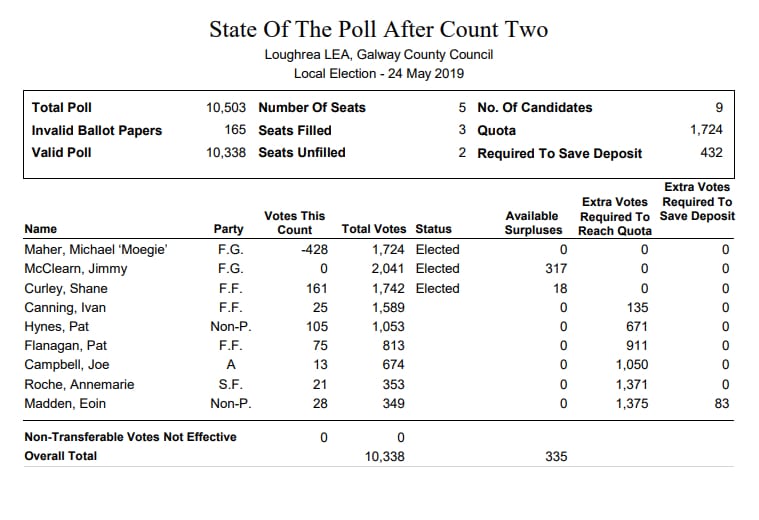