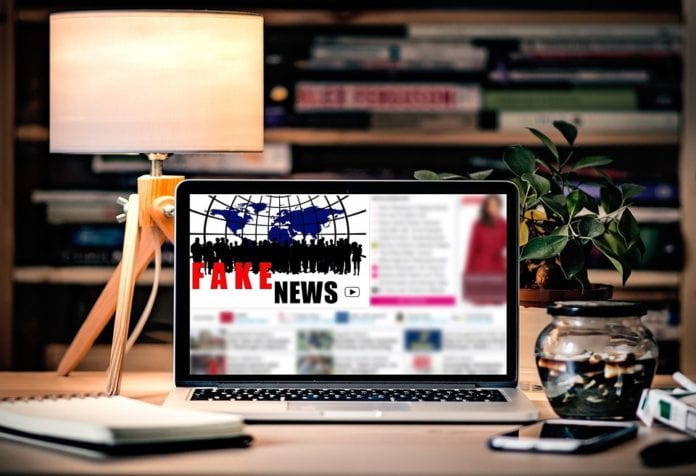 A Fianna Fáil TD has introduced a new Bill in the Dáil which aims to tackle fake news accounts on social media platforms.

The Bill is designed to tackle the problem of phony political accounts and ‘orchestrated, anti-democratic online campaigns’.

It contains a number of measures aimed at exposing those that professionally engage in “false flag” and deceptive advertising which he believes can disrupt the democratic process.

He said, however, that laws are still playing catch up in this area.

“If an organisation erected 1,000 posters in a town without disclosing who they were or who funded them, it would be a clear breach of the electoral laws. Yet the same thing can be done online in an instant and there is no obligation for any transparency at present.

“The Bill I have introduced will bring this transparency to the process by compelling any online advertising for political purposes to state exactly who published and paid for the advert and what the target market is. The Bill also requires a transparency notice to be applied to all online political advertising, stating the publisher and sponsor of the advert,” James Lawless said.

The Bill also makes it illegal for public monies to be spent toward a political purpose.

“It’s important that we move swiftly to bring some transparency and authenticity to political debate on social media platforms. There is growing evidence which shows that manipulation is underway by various actors aimed at undermining the democratic process.

“It’s important that we do all we can to protect the integrity of our democratic process here in Ireland.

“In an Irish context, there is very real concern emerging about the purpose and activities of the new multi million euro ‘Strategic Communications Unit’. This legislation will help ensure that citizens can be reassured that none of the five million euro of their money will be used to advance any political agenda.

“There is no reason to think that Ireland will be immune from the sort of disinformation campaigns that are being deployed in other countries in Europe and around the world. There is evidence to suggest that large numbers of fake social media accounts are being created in this country.

“The experience in other countries has been that such dormant accounts spring into action during election or referendum campaigns, or at times of controversy. My and Fianna Fáil’s hope is that this legislation will help counteract any such effort to distort our national conversation,” he added.