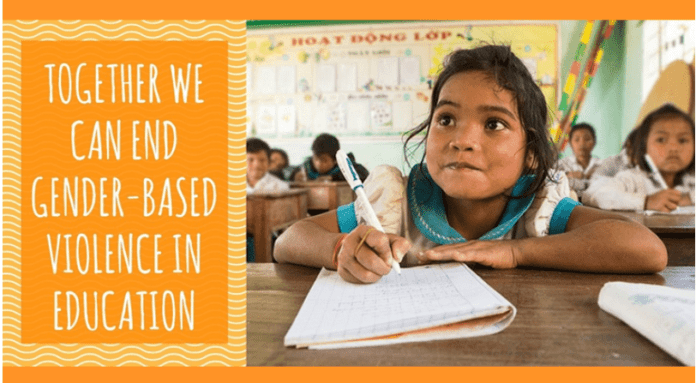 The Centre for Global Women’s Studies and the MA in Gender, Globalisation and Rights programme at NUI Galway is supporting the international campaign 16 Days.

The Centre’s sixteen day programme follows the theme ‘Together We Can End Gender-Based Violence in Education’ focusing on education including Irish schools and third-level institutions.

NUI Galway today hosted a series of events and talks to mark the anniversary of the ‘Montreal Massacre’, where 14 female students were murdered at Montreal’s École Polytechnique.

There was also a keynote addresses in the Emily Anderson Concert Hall at the Quadrangle by Professor Niamh Reilly, School of Political Science and Sociology and Professor Anne Scott, Vice-President of Equality and Diversity at NUI Galway.

The 16 Days of Activism Against Gender-Based Violence 2017 campaign aims to build awareness and advocate for an end to all forms of gender-based violence in education.

Gender-based violence is any form of physical, sexual or psychological violence directed towards an individual on the basis of stereotypes, norms or roles associated with sexual or gendered identity.

Dr Stacey Scriver from the Centre for Global Women’s Studies said: “Violence in education is not only a problem for developing countries.

“Evidence shows that men and women in Ireland are also impacted by violence in and around educational institutes. We all have a role to play in ending gender-based violence in education.

“Participating in the 16 Days of Activism campaign and developing understanding and awareness of how this issue affects young men and women globally and locally is one small, but significant, way to contribute.”

Dr Nata Duvvury, Director of the Centre for Global Women’s Studies at NUI Galway, commented: “The ramifications of violence in education are enormous, affecting the capabilities of young people and limiting their future potential, and thus effectively undermining their hopes and expectations of getting an education.”