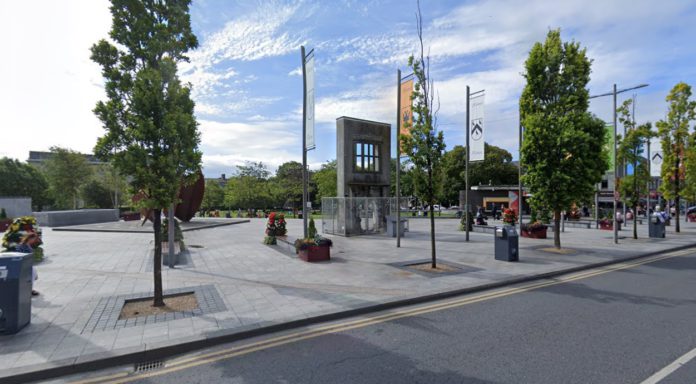 Residents and business owners in the Eyre Square area are deeply concerned about anti-social behaviour and violence a Galway senator has said.

Senator Ollie Crowe said that violent behaviour in Eyre Square is becoming a major issue in the city, which needs increased Garda resources to address it.

“This has been an ongoing issue during the last two years. Although there have been quieter periods in that time, the problem has never been effectively addressed or stamped out. This situation cannot be allowed to persist.”

Senator Crowe said that he was raised just a short distance from Eyre Square, and is familiar with the area.

“I spoke to residents and business owners there again in recent days. Residents told me of being in a state of fear and anxiety, especially at night.”

“As Members will appreciate, businesses are already facing a challenge without people being reluctant to come to an area due to a growing reputation for hassle, antisocial behaviour, outdoor drinking and drug use.”

The Galway Senator referred to two very serious incidents in Eyre Square, one of which saw a young woman blinded in one eye after being struck by a firework while she was waiting for a bus last year.

A Dublin man is due to be sentenced for that assault at Galway Circuit Court next January, after pleading guilt to the attack.

In a more recent incident, a man in his 30s was taken to Beaumont Hospital after being attacked in Eyre Square on October 12.

Senator Crowe said that something must change, and compared it to the situation in Dublin, where increased Garda resources were allocated after the problems on O’Connell street came to greater public attention.

“Eyre Square is at the heart of our city. It is opposite the train and bus stations and is often the first impression visitors and tourists get of Galway.”

“The city has largely been a happy and safe place to live and to visit and we cannot allow the actions of a small minority of people to alter this,” Ollie Crowe said.

Senator Crowe said that Galway needs a similar response to Dublin, pointing out the unused former tourism kiosk in the square, which could be converted to Garda usage.

“Research has shown that Garda visibility is vital in reducing crimes. An enhanced Garda presence in Eyre Square is essential to ensure the safety of the area.”