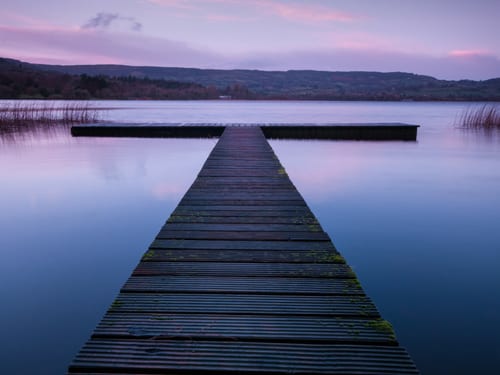 The second largest lake in Galway, Lough Derg, is one of the many natural attractions being shown off in Fáilte Ireland’s newest brand, Ireland’s Hidden Heartlands.

Hidden Heartlands is launching this week to draw in visitors to parts of Ireland that might not have the same international image as the Cliffs of Moher or the Hill of Tara.

It covers the heart of Ireland from East Galway down to North Tipperary and east towards Cavan, including Roscommon, Offaly, Westmeath, Leitrim, and Longford.

Along with Lough Derg it promotes other regional gems like the Beara Breifne Way, the river Shannon, the hills and woods of Drumshanbo, as well as Lough Key and Lough Oughter.

Hidden Heartlands is launching with the slogan ‘Yours to Uncover’ and will emphasise the idea of exploring these places on your own, creating unique experiences for every visitor rather than being taken on a by-the-numbers tour.

Fáilte Ireland’s Director of Marketing, Niall Tracey, said people don’t want to be led by the hand when exploring nature.

“It is tapping into a growing tourism trend for soft activities by encouraging visitors to be ‘active in nature’ and to explore the region by going off the beaten tracks.

“The brand’s appeal also very much lies in its offer for visitors to get away from the stresses and pressures of modern life and to experience the tranquillity of rural Ireland.”

Ireland's Hidden Heartlands has the potential to attract more visitors to the region each year.. https://t.co/EDuQ9MVm5Y pic.twitter.com/bLCGx9Ly89

Lough Derg already plays a role in bringing visitors to Galway with its place in the Shorelines Arts Festival in Portumna in September, where many of the events take place on its waters.

According to Fáilte Ireland the two “spines” of the region are the River Shannon and the Beara Breifne Way, the longest marked trail in Ireland’s that runs from Beara peninsula in Cork all the way to Breifne in county Cavan.

The Hidden Heartlands join Fáilte’s two other major brands, the Wild Atlantic Way and the Ancient East, that group together regional attractions across different counties.

Fáilte Ireland are launching a publicity campaign this week to promote Lough Derg and other sites in Ireland’s heartlands to visitors.