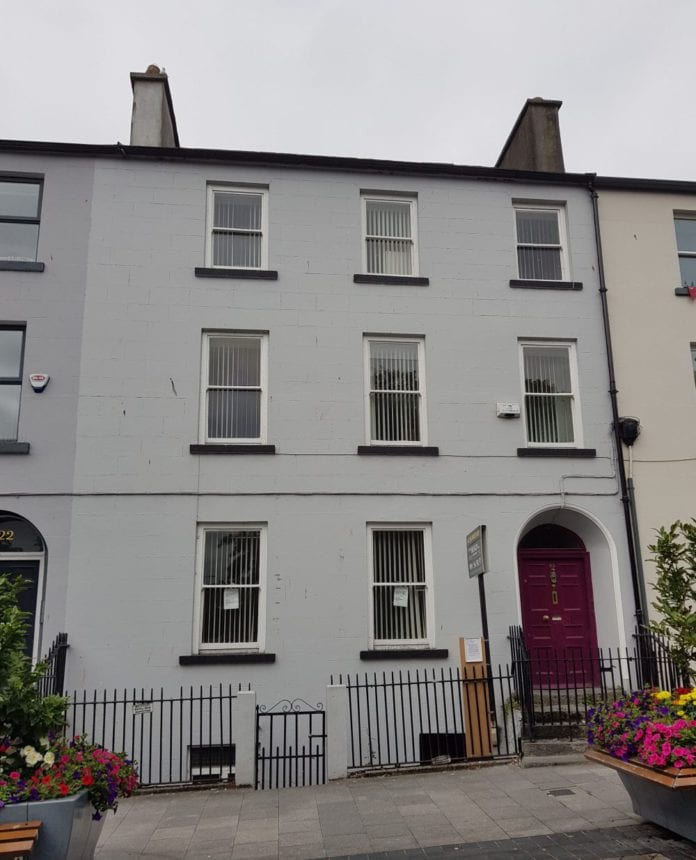 A building on Eyre Square could be converted into a downtown boutique hotel under new development plans with the city council.

Planning permission is being sought to change the use of no. 23 Eyre Square, next door to St. Columba’s Credit Union, from Office and Residential to a 23 bedroom hotel

The full project would involve the demolition of sub standard additions at the rear of the terraced building and the construction of a new extension in its place.

Upgrading the existing three storey terraced building will provide eight en-suite bedrooms, a kitchen, dining room, and associated facilities according to the plans.

While the new extension will include another fifteen en-suite bedrooms for the hotel over four levels.

According to the plans there is no room on site for parking, but it is “more than adequately served by parking facilities within walking distance”.

An Architectural Heritage Assessment was submitted with this planning application.

The building in question is late Georgian, dating back to the 1820s, and is a Protected Structure.

“The building is of simple appearance, as is the rest of the terrace, but its strengths line in the fine classical proportions, the dominance of the regular fenestration, and the height of the building,” the AHA states.

However the extension to the rear was built in the late 20th century, and this application says is of poor quality and no architectural interest.

“The proposal will have an overall limited impact on the rest of the protected structure and Architectural Conservation Area,” other than the minimum alterations needed to allow the building to function according to the AHA.

Galway City Council is due to make a ruling on this planning application by August 1.