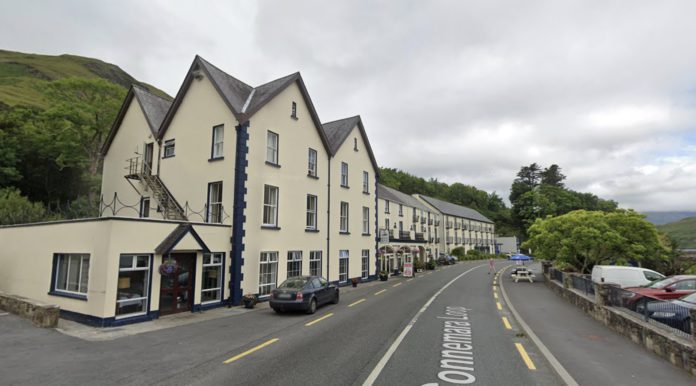 Planning permission is being sought for an expansion of the Leenane Hotel in Connemara.

Connemara Hotels Ltd is seeking the county council’s approval to build a 12 bedroom extension onto the existing hotel.

The hotel, located on the N59 overlooking Killary Fjord between Westport and Clifden, is a protected structure first built in the early 19th century.

The building has been extended multiple times since then, the latest of which was an eight bay block added in 2007-2008.

The new extension would involve first removing an external staircase at the western end of the building.

A new three bay, four storey extension would then be built at the west end of the building, with a glazed staircase block at the end, and an external lift at the back.

An Architectural Heritage Impact Assessment Report was prepared for this planning application due to it being a protected structure.

Galway County Council is due to make a decision on whether to allow the hotel extension by mid September.