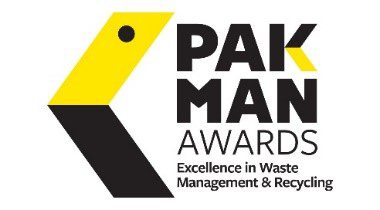 Repak has announced that the 2022 Pakman Awards will close for entries in just over three weeks, on Friday 23 September.

Now in its eighth year, the environmental awards recognises excellence in recycling and waste management across organisations, businesses, community groups and individuals in Ireland.

In 2022, there will be 10 Pakman Award categories, including Community Recycling Initiative, Waste Prevention Award and Business Recycling Champion as well as the Overall Pakman Award.

The winners will be announced at this year’s Pakman Awards, which will be held on the 28 October 2022 in The Marker Hotel, Dublin.

“The Pakman Awards offer not only businesses and organisations but community groups and individuals the opportunity to showcase their best practices and innovation in recycling and waste management,” he said.

“We would like to encourage all organisations, businesses, community groups and individuals in Galway to enter this year’s awards and inspire others to follow their lead in doing all they can to protect the environment.

“The efforts of all those previously recognised at the Pakman Awards as well as this year’s entrants are critical to ensuring Ireland continues its journey to becoming a more sustainable nation.’’

The Pakman Awards is FREE to ente and previous winners demonstrate that small organisations and individuals are just as likely to scoop an award as larger companies.