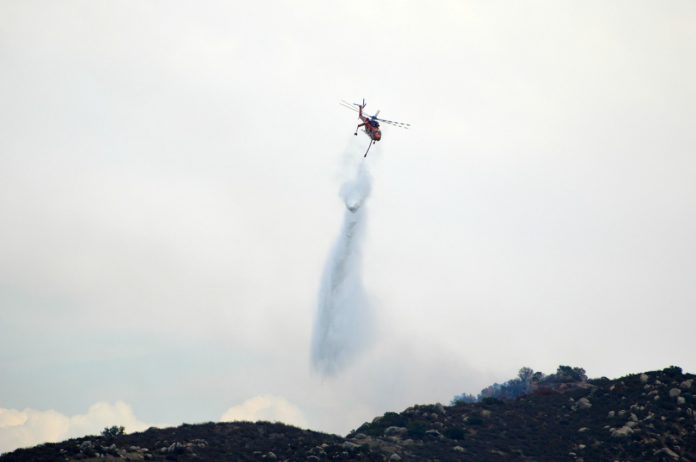 Illegal fires in Mayo and Kerry which damaged protected habitats and species over the weekend have been condemned by the government.

Ministers Darragh O’Brien and Malcom Noonan both strongly condemned the fires, which they say put communities at risk and placed unnecessary additional burden on the emergency services.

While the exact cause of the fires in Mayo and Kerry is yet to be determined, Housing Minister Darragh O’Brien pointed out that wildfires do not occur naturally in Ireland.

“The main cause of such conflagrations is thought to be the deliberate starting of fires without concern for the emergency services, the local wildlife, habitat, communities or even private property close by,” said Minister O’Brien today.

“And they are set knowing them to be illegal. The devastation this has caused cannot be overstated.”

Early estimations indicate that between 2,500 and 3,000 hectares of Killarney National Park – approximately 50% of the terrestrial area of the park – have been impacted by the fire at the weekend.

Minister of State for Heritage Malcom Noonan said that the ‘reckless and shameful’ deliberate setting of fires has enormous impacts on people as well as nature.

“My heart goes out to the communities who live in these areas and have to breathe in the smoke, the individuals and families whose property is put at risk, and of course to our emergency services who put themselves in the front line,” he said.

“In the midst of a pandemic it is incredible that our emergency services are put in a position whereby their resources are pulled in this direction.

“In this regard I must express my appreciation for the Fire Service, An Garda Síochána, Killarney Water Rescue, the Air Corps, my National Park and Wildlife Service staff in Killarney and the local Meitheal who have worked tirelessly together to quench this fire.”