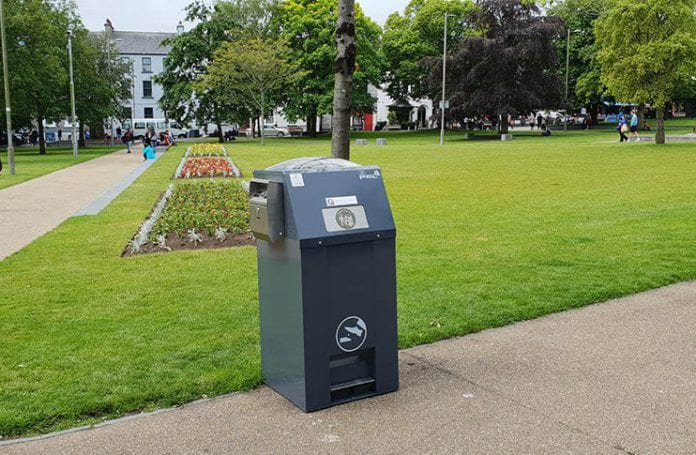 Galway City Centre was one of the only urban areas in the country to clean up its act in recent months according to the latest IBAL litter survey.

The only other Galway location on the list is Ballybane, which slipped further down from being Moderately Littered at 26th place in the last survey, to Littered in 35th place this month.

Irish Businesses Against Litter says that while the majority of towns have cleaned up in the past 12 months, cities are seeing their worst trash levels in a decade.

Portlaoise was found to be the cleanest of all the towns and urban areas surveyed, while Dublin’s North Inner City was by far the worst, the only area to be branded a ‘litter blackspot’.

The number of areas deemed clean by An Taisce, who carry out the survey on behalf of IBAL, rose from 17 to 23, with 68% of towns displaying an improvement on last year.

IBAL’s Conor Horgan said that, “With local authority cleaning schedules normalising again and volunteer groups re-engaged in clean-ups across the country, our towns are almost as clean as two years ago.”

However, he added that this is still far short of the level of cleanliness seen in 2014. Among cities, only Galway City Centre and Ballymun saw significant year-on-year improvements.

“For cities, this survey paints a bleak picture,” comments Conor Horgan. “Litter levels have worsened to a level we have not seen in the past ten years. Now that we have emerged from lockdown, we cannot use it as an excuse for high levels of litter.

“As we invest in promotional drives and build city hotels in anticipation of more visitors, we need to be mindful of the littered environment we are presenting to them.”

PPE litter has been a big problem in the past year, with the survey showing a 30% increase in the number of masks discarded in the streets, while alcohol litter of bottles and cans has also gone up.

“The need for PPE has not abated – unfortunately we’re still using disposable masks, we’re still dropping them at an alarming rate and they are still not being picked up,“ says Conor Horgan.

“We are consuming more outdoors and this is translating into more food- and drink-related litter.”

That’s not to say the news is all bleak, as IBAL does report a 20% decrease in the amount of disposable cups discarded in the street, as well as a steep fall-off in cigarette butts.