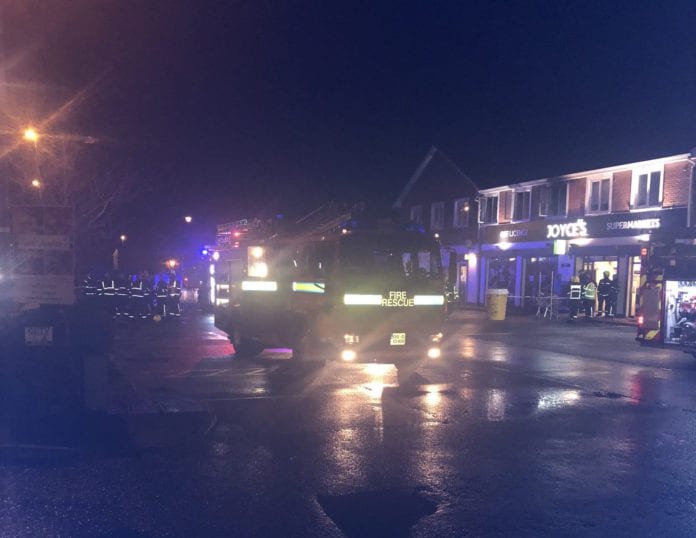 Fire crews and paramedics were called to the scene of a blaze in an apartment in Doughiska on Friday evening.

It’s understood that no one was injured as a result of a fire in an apartment over Joyce’s supermarket in Doughiska which broke out yesterday evening.

Galway City East councillor Alan Cheevers praised the quick response of emergency services to the blaze which stopped it from spreading.

“This could have been potentially a lot worse if fire had spread  into adjoining properties,” the Fianna Fáil councillor said.

Fortunately, emergency services were able to bring the blaze under control and contain the damage to the apartment, and none of its occupants were hurt.