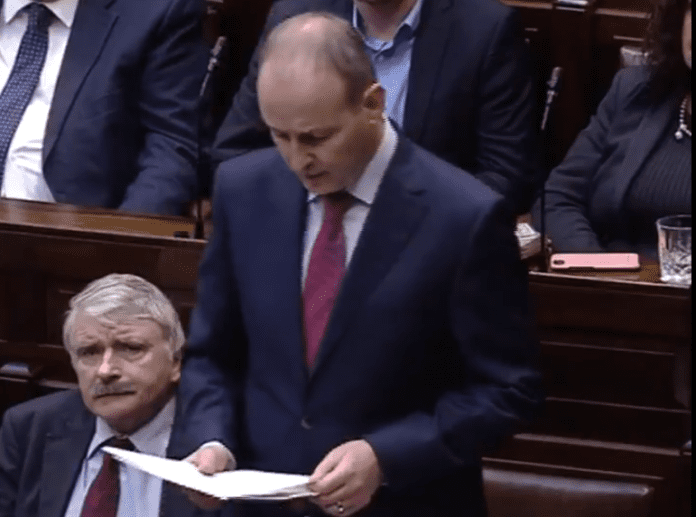 An election will not be held in 2019, Fianna Fáil has confirmed, so that Ireland can avoid the kind of political chaos seen in London in recent times.

As the Brexit saga rolls on, the Fianna Fáil leader Micheál Martin said that his party is willing to extend the guarantee that the government will be able to operate throughout 2019.

He said that political uncertainty is not in the national interest while the chaos in London continues, and that an election will be held in early in 2020.

In the Dáil today, Micheál Martin said: “Fianna Fáil is determined that the political chaos we see in London will not be allowed to spread in Ireland.

“We simply do not believe that the national interest could in any way be served by taking up to four months next year to schedule and hold an election campaign and then form a government.

“With business and communities already fearful about the impact of Brexit, and with Ireland manifestly not ready for many of the many of the potential outcomes, how could it possibly be in the national interest to have extended political uncertainty next year?

“This is why Fianna Fáil will extend a guarantee that the government will be able to operate throughout 2019, and this will allow the introduction of any emergency legislation and budgets as well as the full end of year budget and associated legislation.

“This will in turn allow the holding of an election early in the following year.”

However, Sinn Féin leader Mary Lou McDonald described this decision as ‘astonishing’ as the party did not achieve ‘one additional thing’, while one Fianna Fáíl TD said that there is some disquiet in the parliamentary party about the decision.

Meanwhile in London, Theresa May faces a vote of no confidence from her own party as her Brexit deal, which the EU has said is not renegotiable, is not expected to have the support of the majority of MPs.