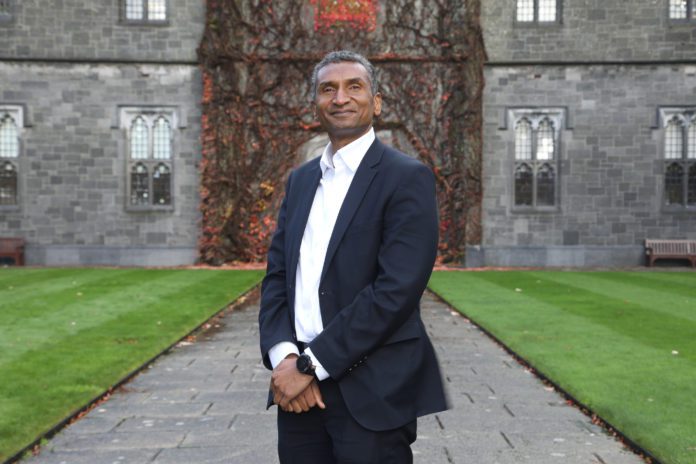 The Vice-Chancellor of Strathmore University in Kenya recently visited Galway to celebrate the legacy of a Galway man who The Vco-founded Kenya’s first mixed-race educational institute.

Born in Salthill in 1934, and educated at the Patrician Brothers’ School and St Joseph’s College, Kevin O’Byrne graduated from University College Galway with a first class honours degree in civil engineering.

He left for Nairobi in 1958, at a time when racial tensions were running high in Kenya. Kevin was instrumental in the establishment of Strathmore College (now Strathmore University), the first multi-racial educational institution in East and Central Africa, which opened its doors in 1961.

He was an outstanding all-around sportsman in rugby, hurling, football, golf and tennis. He played rugby with Connacht and also represented Kenya and East Africa as scrum-half from 1960-65, and founded the Referee Association for Rugby in Kenya.

Speaking during his visit, Dr Vincent Ogutu said: “Strathmore University is now home to 6,000 students, and we are looking forward to opening a new engineering building in the coming years which will be named for Kevin O’Byrne.”

Dr Ogutu added that, during his time in Ireland he’s had the chance to exchange stories about Kevin’s achievements, both here and in Kenya.

“He left a huge legacy in both countries and I look forward to strengthening the ties between Galway and Nairobi, so we can continue to champion the values of equality and diversity that Kevin stood for.”

Kevin passed away in 2008 and is buried in Nairobi.