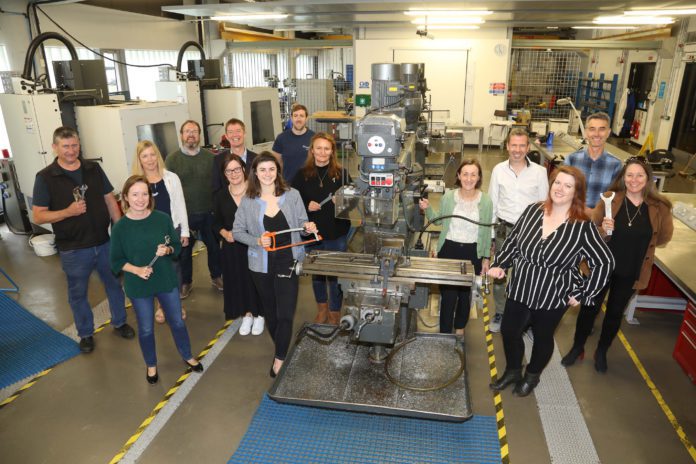 University of Galway has again been recognised for advancing gender equality, with its School of Engineering receiving an Athena Swan Silver Award.

The Athena Swan Silver award is given for improvements in gender equality for both staff and students, and for creating cultural change within universities.

Minister for Higher Education Simon Harris commended the School of Engineering’s strides in gender equality, noting it was a ‘fantastic achievement for University of Galway‘.

“We are greatly encouraged by the significant progress our university has made on gender equality, particularly in the College of Science and Engineering – which has secured 5 Athena SWAN awards.

“This latest award demonstrates that our efforts and our commitment on this ongoing journey are embedding equality, diversity and inclusion in our culture and our collective responsibilities.”

While the Athena Swan Silver Award represents the commitment to equality in the School of Engineering, it also highlights the progress that has been made including the steady increase in the number of female undergraduate students, as a result of extensive outreach activities, and increasing trends in the percentage of female academic staff, especially at Associate and Established Professor grades.

Professor Walter Gear, Dean of the College of Science and Engineering at University of Galway, said: “It is fantastic and a great recognition for Engineering to be the first school nationally to achieve Silver status, a process which also sets out our ambitions for the next four years.

“We are very proud of this achievement which is the first of many steps required to create an equal opportunity environment while embedding the University’s values across all science and engineering subjects that is externally recognised as such, and which builds a culture for a stronger intersectional approach where all our staff and students can fulfil their potential.”

Professor Edward Jones, Head of the School of Engineering at University of Galway, added that this Athena SWAN Silver award is the culmination of many years of effort through the development of a range of initiatives and action plans, and a wholehearted commitment and engagement by all our staff and students.

“This award is a significant endorsement of our efforts to date and of our future pans towards progressing gender equality.”