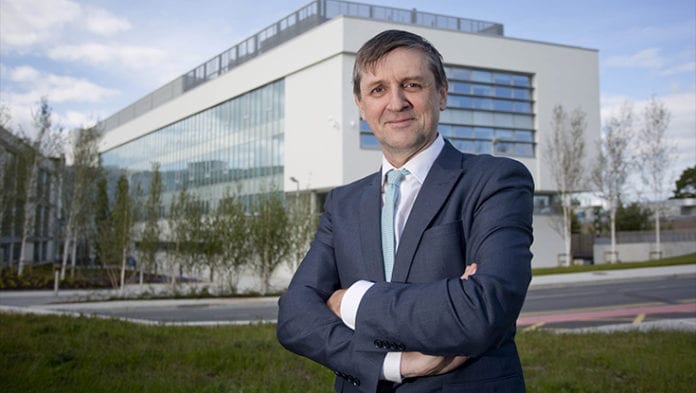 Professor Timothy O’Brien from NUI Galway has received the prestigious Mayo Clinic award for his contributions to the field of medicine.

The Mayo Clinic in Rochester, Minnesota is a world renowned non-profit medical centre which combines patient treatment with education and groundbreaking research.

Before his time at NUI Galway Professor O’Brien worked there as an endocrinologist and a professor at its College of Medicine.

The Mayo Clinic Award was established by its Board of Trustees in 1981 to acknowledge and show appreciation for exceptional contributions of alumni to the field of medicine.

Professor O’ Brien is an internationally recognised clinician-scientist with expertise in regenerative medicine applied to the treatment of diabetes complications.

His research has had a huge influence on Irish doctors and scientists, and his ties to the Mayo Clinic have allowed trainees from NUIG and Galway University Hospitals to spend time studying there, and vice versa.

He is also a director of the Regenerative Medicine Institute at NUI Galway, lead endocrinologist at Saolta University Health Care Group and co-director of CÚRAM, the medical devices research centre at NUIG.

Research aside, Prof O’Brien keeps active in clinical practice and teaching, treating patients in the fields of internal medicine, diabetes, endocrinology and metabolism, and teaching at the School of Medicine.

He established a Bariatric Medicine Clinic in Galway University Hospitals, one of only two such centres in Ireland, and was twice awarded the Pat McHugh Medal for Best Consultant Teacher.

During his time at the Mayo Clinic Professor O’Brien established one of the first gene therapy laboratories there and published internationally recognised studies exploring the role of nitric oxide synthase in modulating the vascular endothelium.

He has also contributed extensively to the thriving economy for medtech startups in Galway by collaborating with up and coming companies through his research.