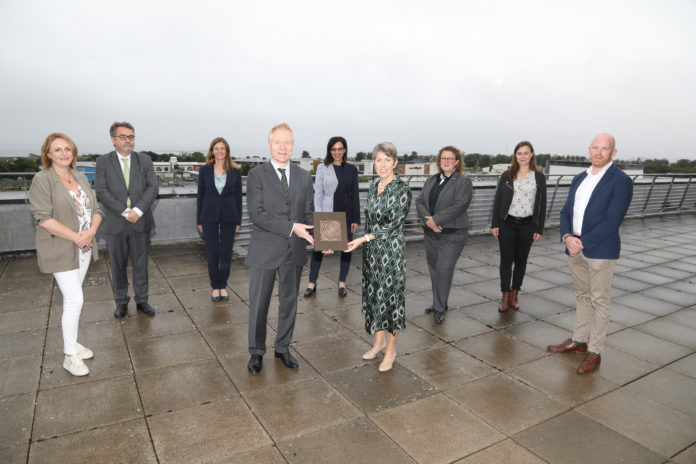 GMIT recently played host to the French Ambassador to Ireland and a delegation from the embassy as they sought to build ties with the country.

Members of GMIT’s Hotel School and International Office met with a group from the embassy, including HE Vincent Guérend, the ambassador, to discuss a range of Franco-Irish events and activities hosted by GMIT.

The GIHS will once again host the annual Goût de France Dinner in April of 2022, after it was cancelled for the past two years running.

This event will coincide with the Hotel School also hosting the annual Dairy Chef Competition, a Franco-Irish culinary competition, as well as the France-Ireland scholastic network on Culinary Arts, Hospitality and Tourism (FICAHT) Forum.

FICAHT was created in 2015 and is a network that aims to develop links and foster innovation between academia and industry from France and Ireland.

The annual Dairy Chef competition sees culinary students from both countries battling it out for the top prize, sponsored by the National Dairy Council and the CNIEL (Centre National Interprofessionnel de l’Economie Laitière).

Ambassador Guérend will attend both the Goût de France Dinner and the Dairy Chef competition on Wednesday, April 6 of next year. The FICAHT Forum will take place on the following two days.

Diarmuid Ó Conghaile of GMIT, said that “following two postponements” they are looking forward to welcoming colleagues and guests to the events next year.

“This very special event is a wonderful opportunity to celebrate, develop and sustain Franco-Irish relations, while offering a warm Galway welcome.”