There’s reason to get excited for a night out this weekend, as Culture Night is returning in style this Friday for an evening of arts in Galway.

Galway City Council has released the full lineup of events that will be taking place in the city this Friday, where there is sure to be something for everyone.

More than 40 events are planned for the city on Culture Night, which over 200 artists working in theatre, film, dance, visual arts, and much more have contributed.

That’s not even getting started on all the event that’ll be on around the county for lovers of the arts to get out and have some craic with this weekend.

A series of walking tours will also take place around the city for anyone who wants a guided look at Galway’s street art, history, crafts, and so on.

The full lineup of events for this weekend is:

Spend your Culture Night immersed in artwork by local and international artists. Kicking off at 11am with 21 stunning bespoke painted currach sculptures commissioned to celebrate 21 years of Áras Éanna, the Inis Óirr Arts Centre, showing in the quadrangle of NUI Galway.

From 3pm GMIT (Official) hosts ‘Plan C: Whereabouts?’, the showcase for the Masters in Creative Practice for the 2020 and 2021 graduates, curated by Ruby Wallis and Michaële Cutaya. It presents the work of 21 students across multiple media such as painting, sculpture, textile, installation and film.

Musical guests will accompany a group exhibition from 4pm at Art in Mind showcasing works from residents’ studios and guest artists featuring sculpture, painting, ceramics and photography. While 5pm sees the kick off for the Galway Cartoon Festival Programme Launch at The Cornstore. 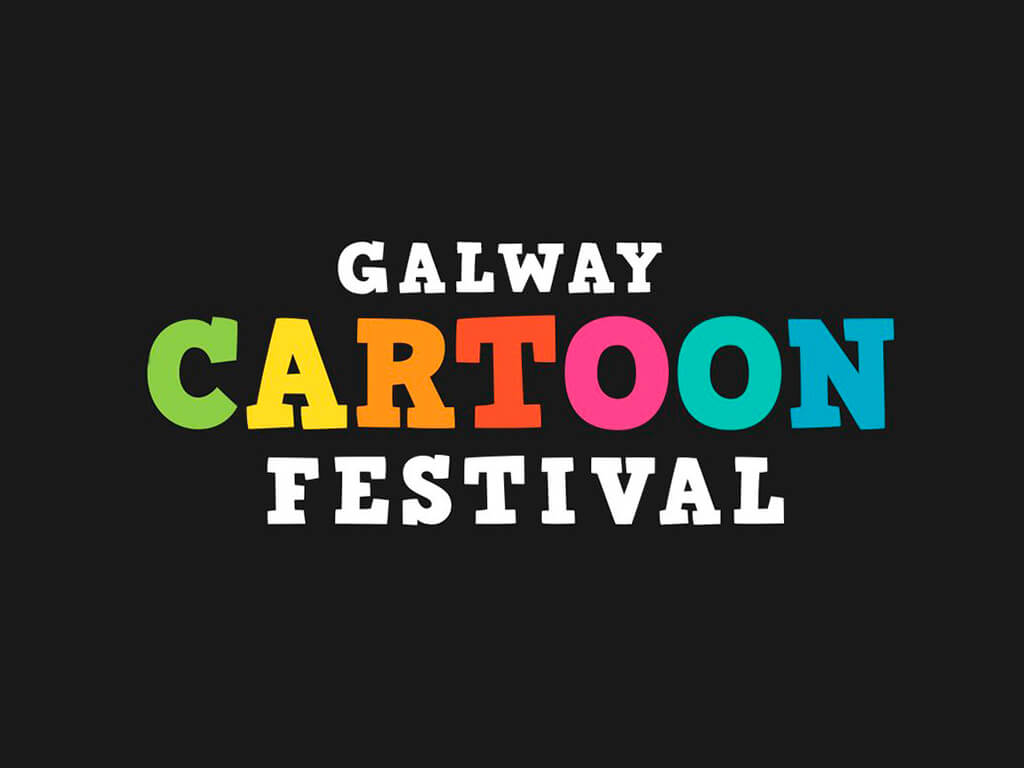 Why not pop by the Claddagh Art Collective for an exhibition by Joe Westcott and Jarlath Tourish where the pair have set up a tattoo & art studio where they push their creative boundaries with painting, sculpture and photography.

While you’re in Galway’s Westend why not stop by Galway Arts Centre (which will stay open until 11pm). Spanning ten years, this exhibition traces the evolution, visual concerns and subtle shifts in direction of Ger Sweeney’s work.

Around the corner Margaret Nolan will display ‘Iconic’, an exhibition of drawings and collage in the windows of Tigh Neachtain and 2 wild geese.

As the sun sets, Marqu VR will have a magnificent display of architectural projection mapping to create 3D illusions on Town Hall Theatre Galway.

You can round the evening off at The Latin Quarter Galway where Dolores Lyne has curated a fantastic showcase of eight Galway City art collectives which will be displayed on the television screens at The Dáil Bar Galway & The Front Door Pub Galway.

Join Karen O’Leary, a National Tour Guide at 1pm to wander off the beaten track to explore what could be called Galway’s open air art gallery.

Colour, beauty and inspiration are added to the side streets by locally and internationally acclaimed street artists, including Finbar 247, Sutek_west, Danleo and Shane O’Malley. This may be the most Instagramable tour that you have ever been on. 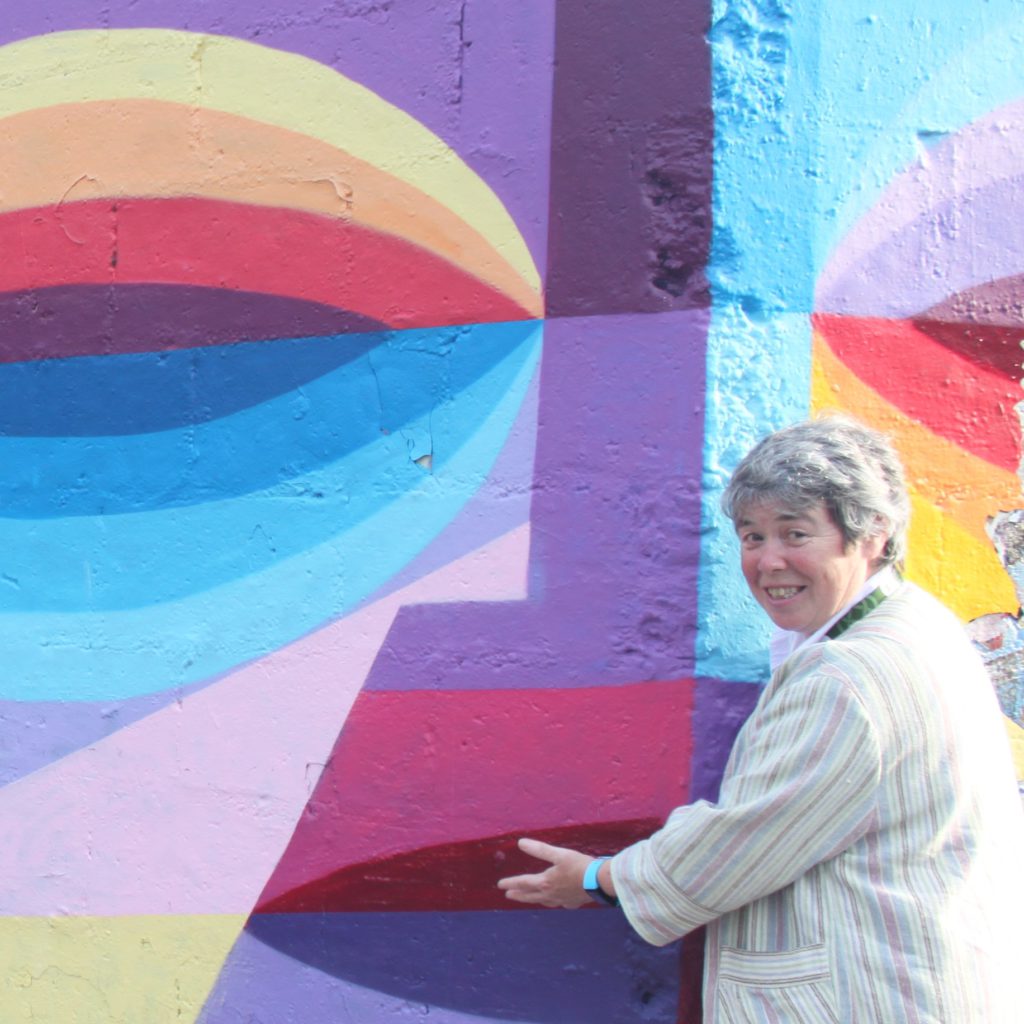 The 14th Galway Scouts are inviting the public to attend a series of campfire performances from 5pm where youth members will host a public audience in an interactive campfire experience sharing the joy of improv storytelling and campfire songs, and of course getting to cook a toasted marshmallow sandwiched between two chocolate digestives.

Galway City Museum Ireland presents this year’s ‘History Blitz’ from 5.30pm which goes walkabout to visit memorial sites relating to the 1916-23 period around the city centre. The featured speakers will take eight minutes each to talk about people who are commemorated in monuments and street names, or who represented it in literature.

A Bi-Lingual Demonstration/ Exhibition of Traditional Crafts will be held at Westside Community Resource Centre from 6.00 to 8.00 p.m, presented and demonstrated by Craft Tutor, Máirtín Davy.

Join Brendan J Hynes for ‘Famous People, Theatre and Literature Tour of Galway’ at 6.30pm. The tour will take you on a journey of discovery that will highlight key aspects of the city’s cultural and artistic side.

For a more self-guided walking tour, with audio commentary, come see the Drowned Galway exhibition. Find yourself immersed in a near-future Galway, where the abnormal has become normal, and floods and sea level rising have transformed the city by hope it rains.

But despite the excitement of coming back to the streets of Galway for a taste of the arts, missed by locals and sure to be appreciated by visitors, there will still be a programme of online events this Friday as well for people who maybe can’t get out this weekend.

A 15-minute documentary by Mary Cunningham features interviews with people who swam at Salthill in the 60s. The documentary reflects on fifty years ago this month, the ‘Men Only’ sign was removed from the entrance to Blackrock swimming area. 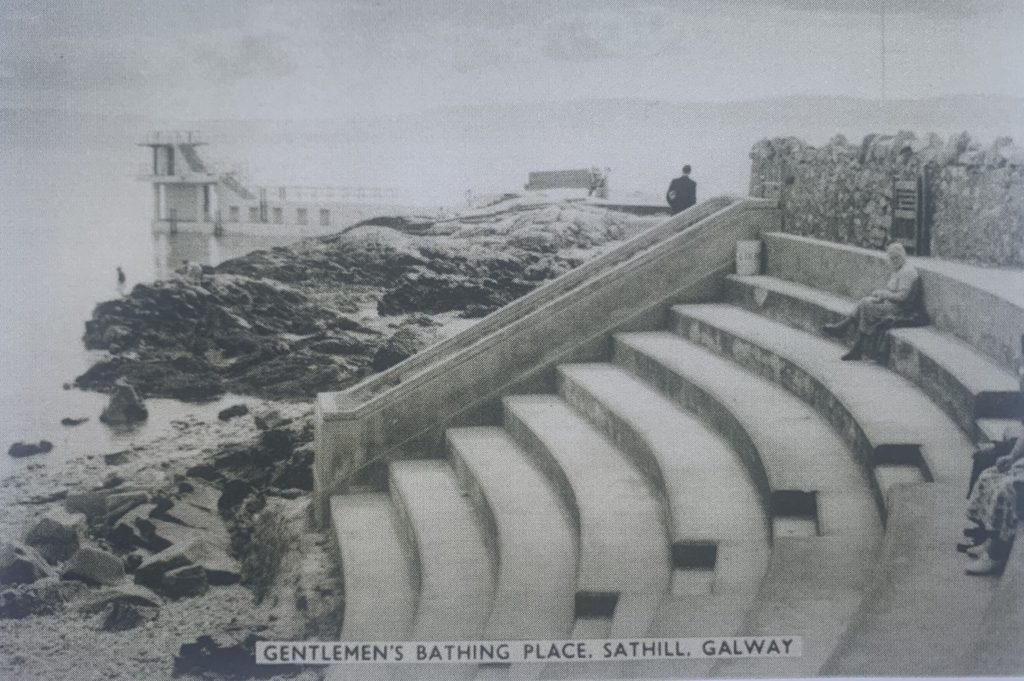 Moth and Butterfly present a Culture Night Special of Storytelling and Improvisation Featuring the ensemble and guest tellers. The stories will be a combination of traditional tales, true narratives, and improvised stories – all to the Culture Night theme of ‘Come Together Again’.

The Harmonica Fixer premiers online, a short film that profiles the musician Cathal  Johnson’s work as a musician and as a harmonica technician, who repairs and customizes harmonicas for Andy Irvine and many others. 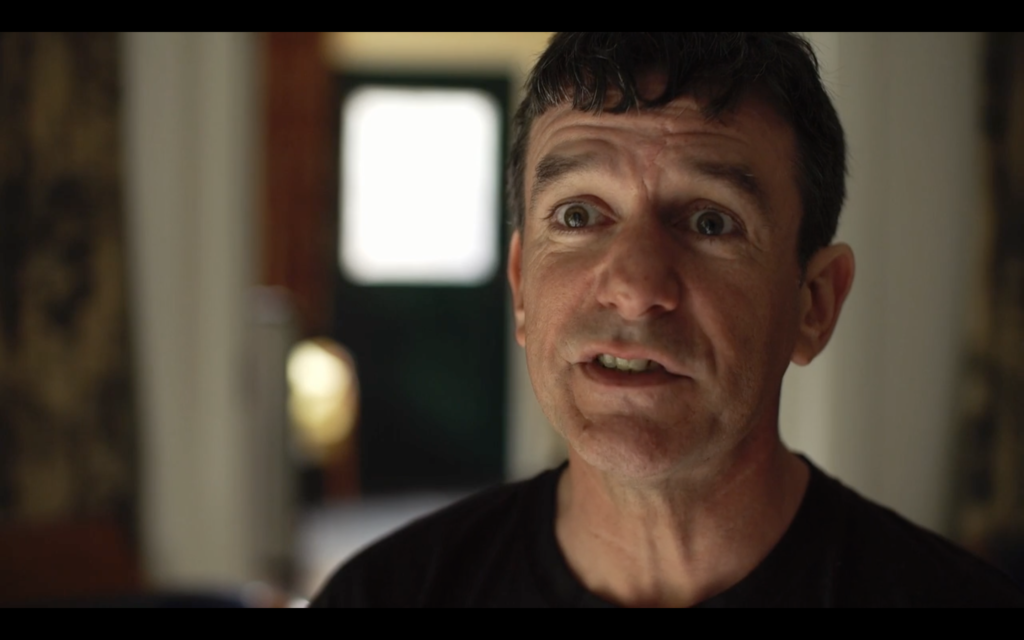 Fontanella Dance company shares their solo dance film commission ‘Plurabelle’. Kristyn Fontanella draws from her knowledge of traditional dance to make new rhythmical patterns and shapes inspired by the fall of rain on her body and the South Galway landscape.

Why not learn what Irish people mean when they say “Grand”, “I will yeah!” and “What’s the  craic” with Comedian and English Teacher Steve Bennett in the online workshop ‘Culture Through Comedy’.

Planet Science will also give a digital workshop to children to explore different topics in Science. Children will gain hands-on scientific experience exploring topics that include but are not limited to Chemistry, Physics,  Biology & Geology. 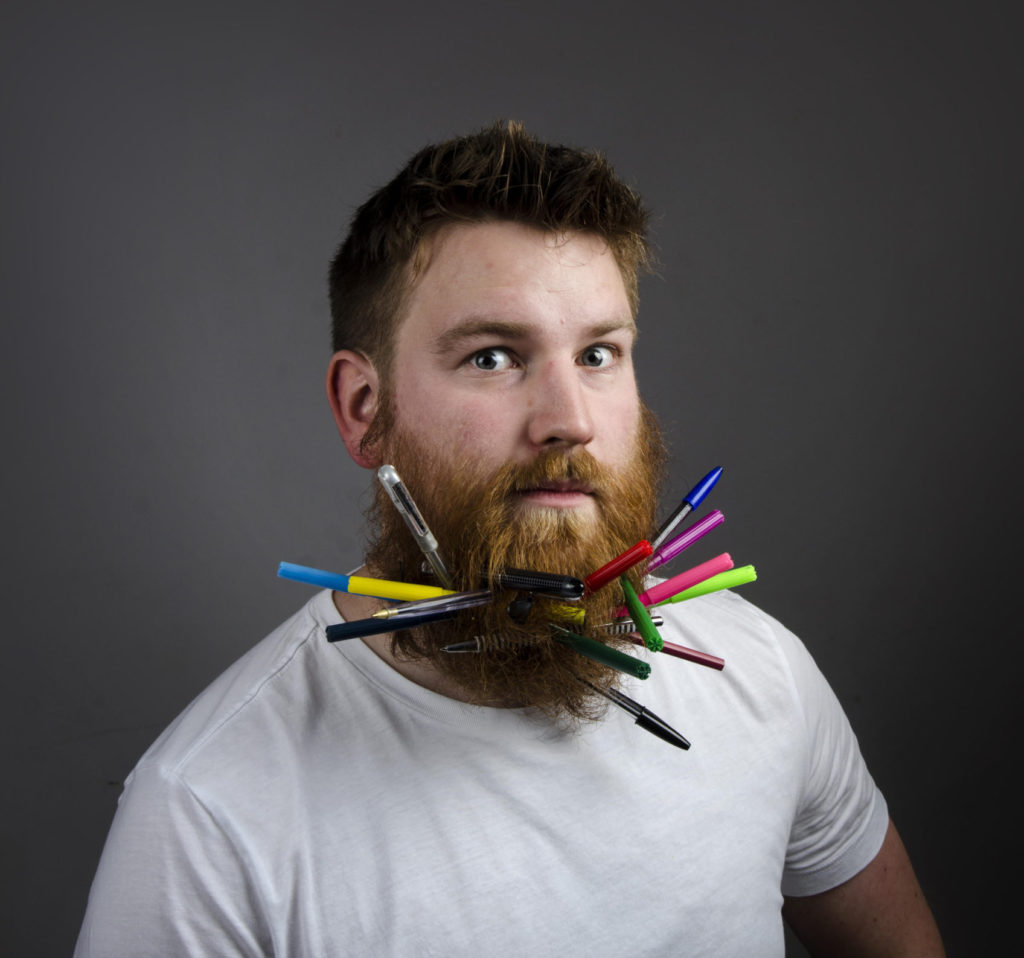 The latest plaque on the Galway Poetry Trail will be unveiled at 2:30pm in association with Kenny’s Bookshop and Cuirt International Festival of Literature. The limestone plaque will feature the poem ‘Vortex’ by Gerard Reidy – a homage to Galway in which the poet describes his coming to Galway for the first time as a UCG student, from a small area in west Mayo.

This is the 25th plaque on the Galway Poetry Trail, which is a series of bronze and limestone plaques dotted around Galway city, each featuring a piece of writing about the place in which they are situated.

Morgan Creative will present two songs from their original musical, “Immortal” outside Galway City Museum at 7pm. Immortal is the next chapter of Irish folklore. The story is set between the mythological land of Tír na nÓg, rural Galway during the Irish Civil War and modern day Galway.

It was created by Morgan Creative, brothers Luke and Jake Morgan, and features original songs that strive to bring our rich local history and Celtic traditions to a modern audience. 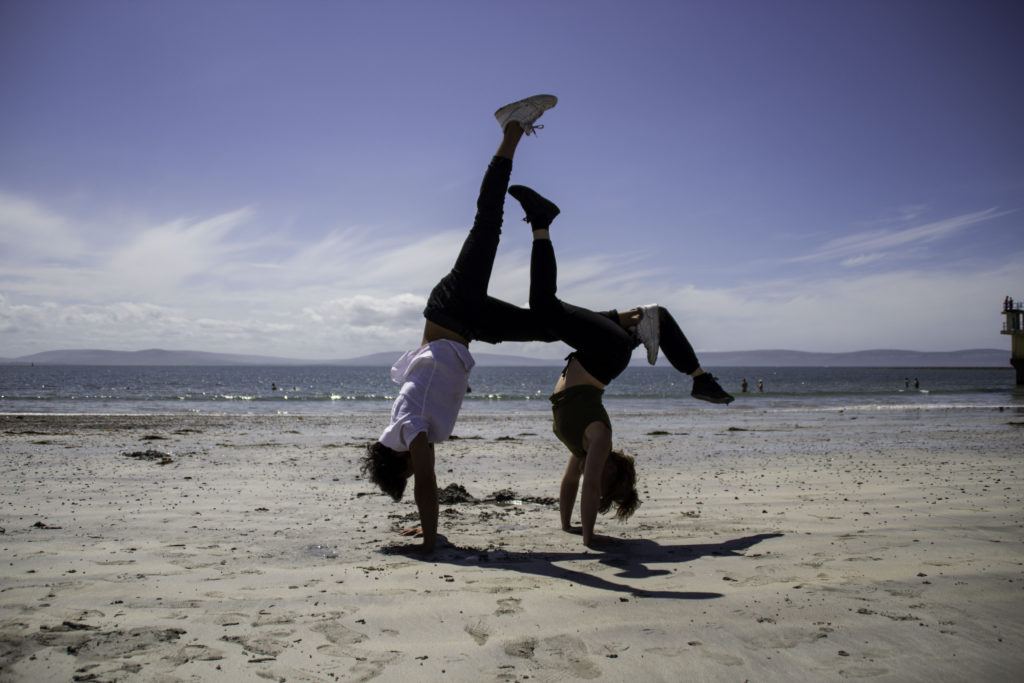 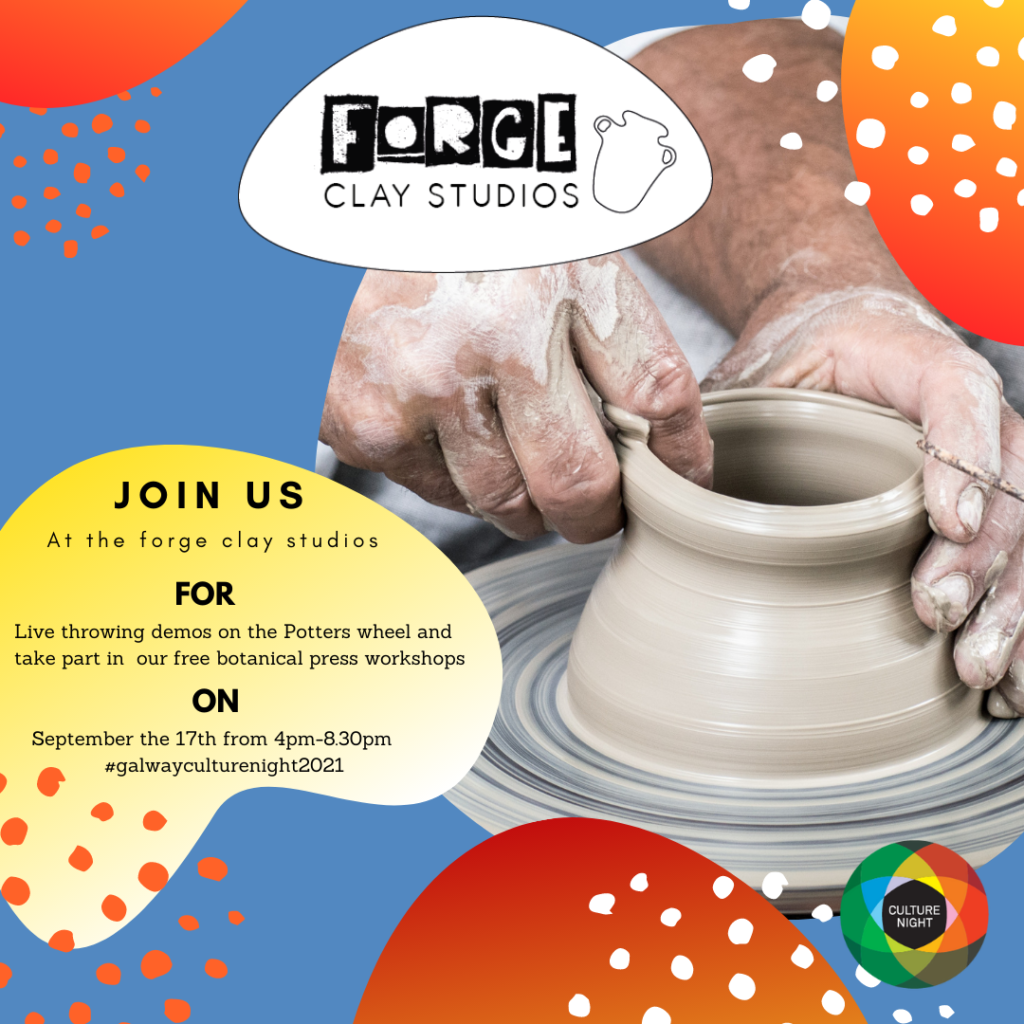 As a follow up to the film premier ‘The Harmonica Fixer’ which will be streamed online for Culture Night, Cathal Johnson and all musicians involved in the film will perform outside at  the Crane Bar from 6pm.

Bádóirí an Chladaigh return to the Claddagh Basin for Culture Night after a summer of sailing. The beloved hookers and gleóiteogs that grace our coast are a combination of design, craft, art, and seamanship. Join The Naomh Crónan, The Manuela and The Croí an Chladaigh at quayside from 8.30pm.

Livefeed is a Galway 2020 European Capital of Culture project for young people (aged 13 – 18) interested in music performance, production and promotion. For this very special event Livefeed will put on a showcase of original music from some of the many talented participants from the project. Taking place in the beautiful surrounds of The Cornstore’s arcade from 7pm, this promises to be a memorable and triumphant return for the much loved youth-music project.

The flagship event of Culture Night will be presented by Give Us The Night and Galway Light festival presenting ‘NIGHTVISION’, An atmospheric audio-visual experience within the grounds of St Nicholas Church from 8.30pm. Ambient, electronic and experimental sounds will play alongside a special light installation from Brendan Savage (Galway Festival of Light), illuminating the church and surrounding area to otherworldly effect.

Check out culturenight.ie/events/galway  for the full programme of events.