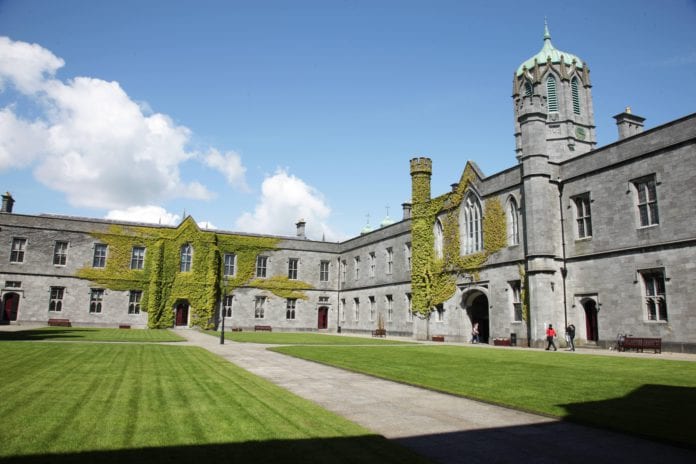 Róisín Nic Lochlainn will be NUI Galway Students’ Union President in the next academic year after winning more than 50% of students’ votes in yesterday’s SU election.

Clodagh McGivern and Cora Clarke will join Róisín in the new executive team as Vice President / Education Officer and Vice President / Welfare and Equality Officer respectively, with both candidates also receiving over 50% of votes.

Current Welfare and Equality Officer Róisín Nic Lochlainn will take over from Pádraic Toomey as SU President, after winning a majority of the votes in the election.

Among Róisín’s manifesto pledges are to ensure that no student has more than one exam on the same day and to lobby the Department of Higher Education to secure subsidies for students who are paying more than €50 per year for textbooks.

Final year corporate law student James Pope took over 31% of first preference votes in the presidential election, while Joe Mee was the first choice for over 500 students (14%). 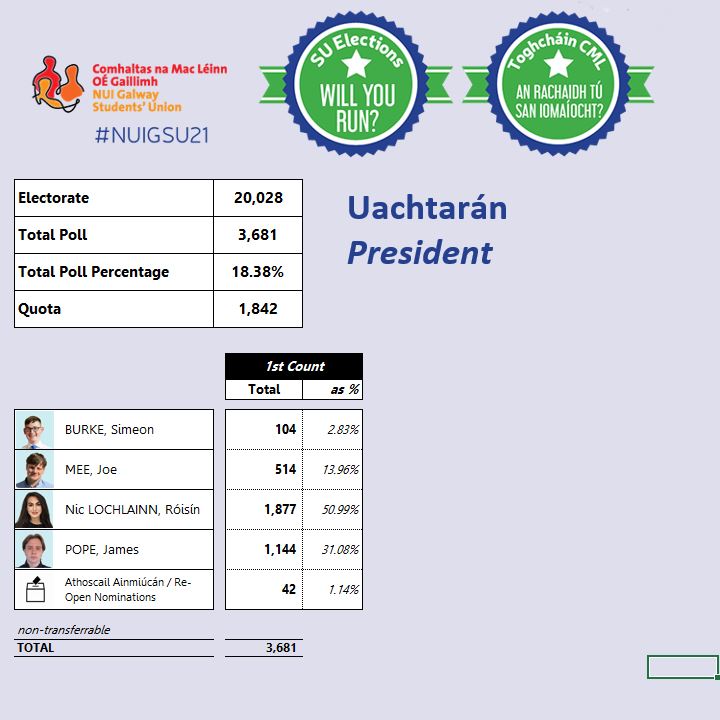 Firstly well done to all candidates. I was constantly impressed by all. You all did amazing work.

Congrats to the new sabbaticals, take pride in being elected to represent the best students.

We will work to make sure this is a levy for all and that this only makes nuig better! https://t.co/2ib1LXfAIW 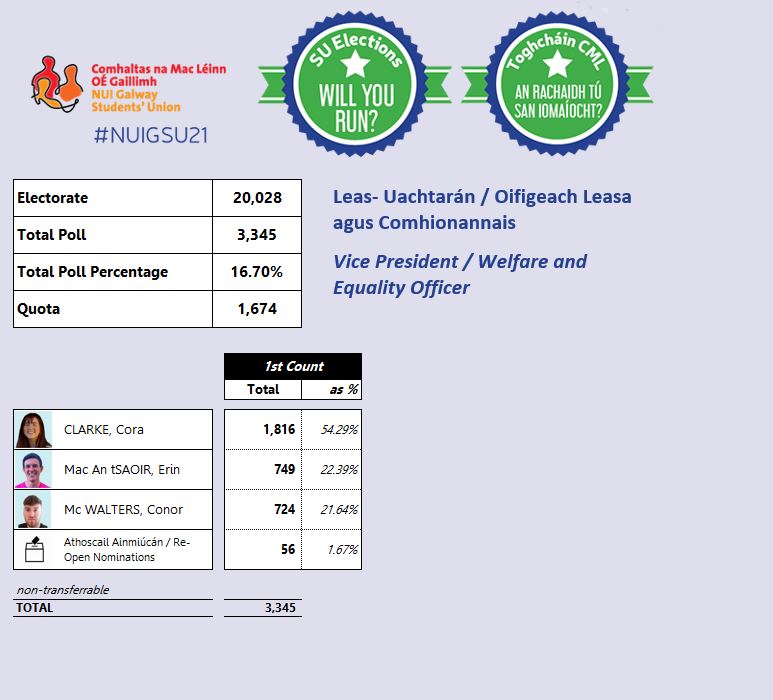 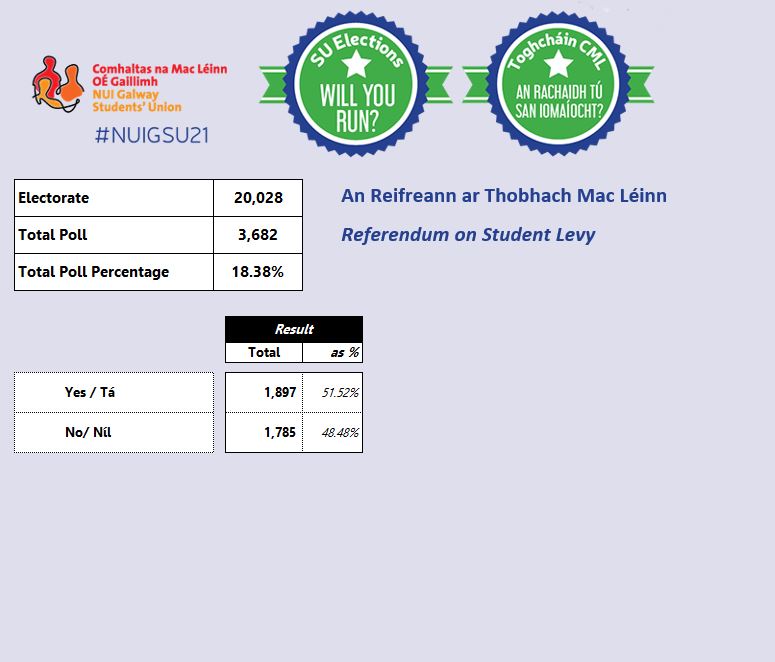