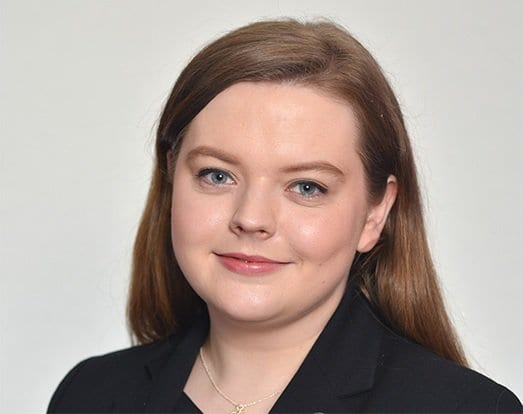 NUI Galway student Edel Browne has been named to the prestigious Forbes ’30 Under 30′ list of influential entrepreneurs, innovators, and leaders.

The Forbes list chooses 30 people from around Europe under the age of 30 who are helping to shape and improve society.

At just 21 years old Edel is the youngest honouree in this year’s Science and Healthcare category.

She made her place on this list of incredible candidates for her project called Free Feet Medical.

This is a device for people with Parkinson’s Disease designed to treat gait freezing, a common symptom that makes it very hard for sufferers to move.

Edel said it was a “huge honour” to be included on the 30 Under 30 list this year, adding that she’s had huge support from the university both academically and for Free Feet Medical through the LaunchPad programme.

“I am thrilled to represent the University and my city on the list.”

Having recently graduated with a Bachelor of Science in Biotechnology, Edel is currently an EY Scholar studying for a Masters of Science in
Technology Innovation and Entrepreneurship Development at NUIG

Congratulating Edel, NUI Galway President Professor Ciarán Ó hÓgartaigh said “Edel’s selection on this impressive list of ‘30 Under 30’ is a wonderful endorsement of her talent and acumen.”

“Her ingenuity, intellectual curiosity and entrepreneurial skill combine to address the global challenge of Parkinson’s disease.”

“Here at her alma mater, we are proud of her achievements and we look forward to her continued success.”

30 Under 30 honourees are judged on leadership and disruption, entrepreneurial mind-set and results, and the likelihood of changing their field over the next half-century.

“Four years on from its launch, the 30 Under 30 Europe list continues to be not only the defining measure of success for the region’s next generation of leaders, but also a source of empowerment for all honorees,” said Alex Wood, Europe Editor at Forbes.

He said that this year’s list represents “the most revolutionary entrepreneurs, innovators and disruptors in ten diverse sectors, who are changing the game throughout the region and across the globe.”