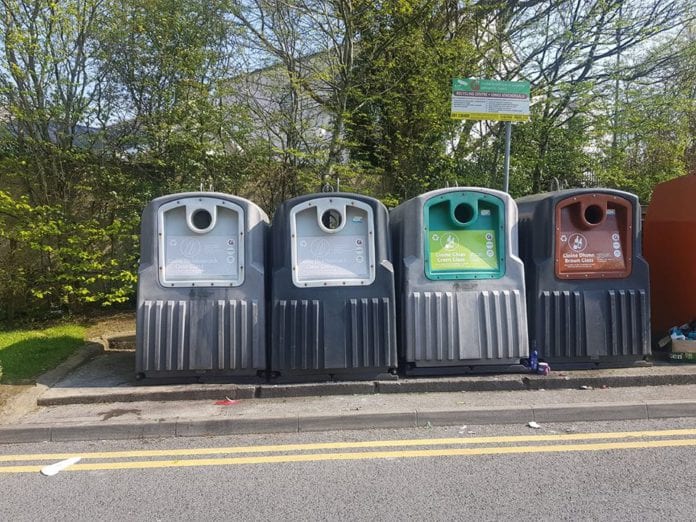 People in Galway City are being asked to store their empty bottles at home for now due to a surge in the use of recycling bottle banks.

The city council has issued an appeal for people to take the pressure off bottle banks by storing their empties at home for the duration of the pandemic.

“We’re seeing people come with their bottles and the bottle banks are full, so they just leave the bottles there,” the council said.

On top of that, people have also been using bring banks as personal garbage dumps, with bags, boxes, and other general household waste dumped at them.

“This sort of irresponsible behaviour by members of the public is wasting the time of staff of Galway City Council cleaning up after others.”

“It also puts their health at risk during this time of a public health emergency.”

The city council operates eleven sets of bring banks around Galway City, as well as the recycling centre at Liosbaun Industrial Estate, though this has been closed until further notice.

Even when bring banks are full, it is illegal to leave your waste next to them, the council has said, with a warning that people littering may be prosecuted and face an on-the-spot fine of €150.

The county council also operates 91 bring banks around Galway, as well as recycling centres at Tuam, Clifden and Ballinasloe which are currently closed due to coronavirus restrictions.

However, in an effort to ensure people aren’t left entirely without recycling services, bottle banks have been put in place outside Clifden recycling centre for the duration of this crisis.