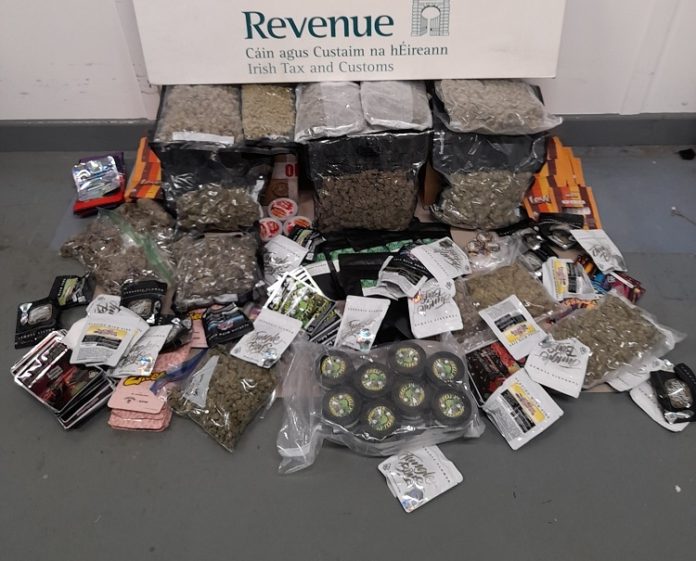 More than €60,000 worth of drugs seized by agents of the Revenue this week was bound for delivery to Galway among other locations.

On Wednesday, Revenue officers at Dublin Mail Centre seized over 3kg of Herbal Cannabis, 70 tablets of Zopiclone, 60 tablets of Diazepam, 60 tablets of Benzodiazepine and 3g of Butane Honey Oil.

The parcels were declared as items such as ‘dog clothing’, ‘canvas artwork’, ‘glass ashtrays’, ‘board games’, ‘action figures’ and ‘puzzles’.

The twenty separate parcels seized by the Revenue Commissioners containing the drugs were meant for delivery to addresses in Galway, Dublin, and Cork.

The combined value of the seizures, made with the assistance of drug detector dog Bailey, was €62,000.

The drugs were found in parcels with originating addresses in the United States, Canada, Germany and Croatia.