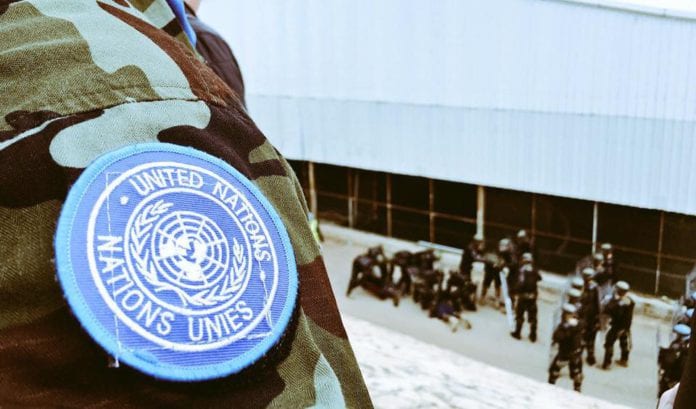 Secondary schools in Galway will get first hand knowledge of Ireland’s global peacekeeping efforts from diplomats and members of the defence forces this year.

The Global Schools programme launching this year aims to teach school children about the role UN membership has played in Irish history.

Efforts like our contributions to peacekeeping, international development, human rights and disarmament.

Though Ireland has not declared war on another country in all of its independent history, members of the defence forces have been deployed around the world as peacekeepers continuously for the past 60 years.

These UN peacekeepers and Irish diplomats will be visiting schools throughout the year to talk about the work they do overseas.

The Taoiseach Leo Varadkar revealed the Global Schools programme as part of Global Ireland, an initiative to double Ireland’s impact on the world stage by 2025.

“Through our diplomats, our peacekeepers, our culture and our agencies, Ireland has a huge impact internationally,” Taoiseach Varadkar said.

“We trade with countries around the globe, members of our Defence Forces help keep people safe in some of the world’s most war torn regions and through more than 80 embassies and consulates we represent Ireland overseas and help Irish people no matter where they are on the planet.”

The Taoiseach said that people need to learn about the importance of international cooperation because the world is facing challenges that no country can handle alone.

Through the Global Schools programme, Taoiseach Varadkar said he hoped the next generation of ambassadors, peacekeepers, and aid workers would find inspiration.

More than 700 schools around Ireland will get a visit throughout 2019 as part of this programme.

Vice Admiral Mark Mellett DSM, Chief of Staff of the Defence Forces added, “Ireland has a proud history of UN service and Global Schools is a valuable initiative in helping build understanding with our young people about Ireland’s international role.