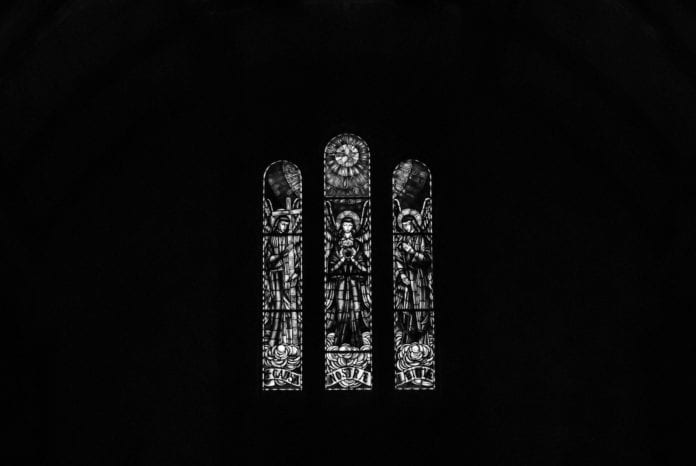 STATEMENTS were made in the Dáil this week on the the third interim report by the Mother and Baby Homes commission, where TDs criticised the Church, Galway County Council, Terry Prone and other organisations.

Katherine Zappone opened the session by saying that having visited the Tuam site several times, she is very conscious that this is a very sensitive matter for many former residents, their families and those living in the vicinity of the site.

“I want to ensure that everyone who wishes to contribute to the discussion on the future of the site has the opportunity to do so,” said Minister Zappone. “I have asked Galway County Council to facilitate an independent consultation process on the five options as presented in the expert technical group’s report.

“The contributions from these consultations will be used to produce a report that will inform the interdepartmental committee, which in turn will make proposals to me on these sensitive matters. I will bring these proposals to the Government for its final recommendation.”

She continued: “Galway County Council has asked interested parties to complete a questionnaire-type document to generate data to use as part of the consultation process. A number of families and representatives have contacted me to express their concerns about the approach and methodology used to gather information.

“It appears that some have likened it to a simplistic popular voting process. The process is far more comprehensive than that. I have raised these concerns with Galway County Council.

“I would like to assure the House that there is no intention to trivialise the memories or feelings of those wishing to partake in this process by using such a document. The key part of this process is to offer those with an interest to express their opinion and collate this information.”

East Galway TD Anne Rabbitte said that Fianna Fáil welcomed the Mother and Baby Homes Commission of Investigation when it was established and that the party recognises the vital importance of the commission in delivering justice and accountability for all those affected.

“The Minister referred in her speech to Galway. As spokesperson for children and youth affairs and coming from the constituency of Galway East, which includes Tuam, it would be very remiss of me not to focus a little on the experiences on the ground in Tuam,” said Deputy Rabbitte.

“I spoke earlier this evening to Tommy, about whom I spoke this time last year, to receive an update on how he feels the process is progressing. He urged me yet again to stay with the process. He thanked the Minister for the work taking place. He had a number of concerns over Galway County Council, which the Minister has adequately addressed. While I do not mean to be critical, I wish to ask some questions that need to be teased out a little more,” she added.

Denise Mitchell TD of Sinn Féin expressed her and her party’s solidarity to ‘the survivors, relatives and campaigners who are continuing their quest for truth and justice for those who died and those who were so cruelly mistreated’ in these institutions.

“What went on in mother and baby homes is a shameful part of the history of this State and one which was rooted in an appalling attitude to women,” said Deputy Mitchell.

She also commended the work being done by the commission, but expressed concerns at the delay. “If the commission needs more resources to allow it to complete its work in a timely and efficient manner they should be provided. The last thing we want is to be back in this Chamber in 12 months’ time to be told the report will be delayed yet again,” she said.

Her party colleague Caoimhghín Ó Caoláin added that Sinn Féin believes an interim redress scheme should be put in place in advance of the publishing of the final report to provide some immediate comfort and dignity for survivors.

“They have suffered so much. Such a scheme would ensure we do not see a situation where so many have passed away without even some gesture from the State.”

Solidarity TD Ruth Coppinger criticised the upcoming visit by Pope Francis, which will be state-funded, asking whether the Church would be ‘coughing up’ any of the estimated €20million that the visit will cost.

“Many survivors have been wondering on social media and elsewhere why the State is paying for a visit by the Pope at a time when they have not received redress from the religious organisations that abused them or an apology from the church. This is a major issue which many people are raising,” she said.

In relation to the cost of the visit, she said: “That amount is three times the budget reported for this commission, which is €7 million. It is legitimate to ask whether we can beef up the budget and take on more staff. I am sure there are students, historians and researchers of all kinds that would love to work on this project and give closure to many of the people in this position.”

Clare Daly TD described an email she received from someone who was born in one of these institutions.

“He describes the mother and baby homes as generally a cross between a maternity hospital with no doctors and nurses and a low to medium security prison,” se said. “That is what they were and society knew about that. We have major responsibilities to address these outstanding matters. We have very limited time but the lack of sensitivity in some ways of dealing with these cases beggars belief. Galway County Council approached consultation with the survivors and their families by giving out a tick-box form; it brings a whole new meaning to a tick-box exercise. As it concerned dead babies, it was horrifically insensitive and at the very least, survivors need to be spoken to directly.”

Catherine Connolly, who has been at the forefront of this issue for some time, wanted to put the report into perspective.

“In 2012, during the course of the work of the interdepartmental working group, issues in relation to mother and baby homes, in particular, those in Bessborough and Tuam, were highlighted in an internal memorandum. I raised the issue with the Minister months ago.

“It stated there were serious concerns about patient safety, medical care, accounting irregularities and possible interference with birth and death certificates, etc. There were two briefing documents on a scandal that will dwarf all others. There was also correspondence from major figures in the Catholic Church looking for babies to be sent to America. Notwithstanding the good men who signed their names and said there must be action, the memorandum was ignored and not acted on.

“There was no follow-up action. Then we had the good work of the journalist Conall Ó Fátharta and a local historian, Catherine Corless, who between 2011 and 2013, after that work, highlighted 796 names. She paid €4 for each death certificate. She outlined that there had been newborn babies and children up to nine years of age and that one child had died every fortnight. Not only was there silence there was also outright denial.

“On behalf of the Bons Secours Sisters, Ms Terry Prone responded to a documentary maker by saying: ‘If you come here, you’ll find no mass grave, no evidence that children were ever so buried and a local police force casting their eyes to heaven and saying “Yeah, a few bones were found – but this was an area where Famine victims were buried. So?’

“That was the official response given through a communications firm.

“The commission was set up in February 2015 and the Government was shamed into setting it up. It had a number of targets that were not met and we hear today that it wants a further extension. Serious questions must be asked. Why were sufficient resources not provided? Why was there not a scoping exercise of sufficient strength and scope to allow this detailed and necessary work to be done within the time allocated? It will now enter its fourth year.

“In terms of trust, each and every report has been delayed, with the exception of the first interim report which simply asked for an extension of time. The second was received by the Minister in September 2016 and published in April 2017.

“The commission felt the necessity to publish a report to highlight the fact that the manner in which unaccompanied children in mother and baby homes had been excluded from the redress system or an alternative redress system defied logic. There was no answer from the Government. The commission was simply ignored,” Catherine Connolly said.

“Over a long period of time, from the time they were babies until they started to talk about it, they were holding it as a dark a secret as if there was something wrong with them. At this stage what we have to do as a state is to make sure we find the truth for them and make reparation.”

He added that we must be as vigilant as possible to ensure it will never happen again in this country or elsewhere.

Like Ruth Coppinger, People Before Profit TD Bríd Smith’s statement focused on the role of the Church and questioned its place in our country.

“I am sure the Minister read the article by Fintan O’Toole at the time the Tuam babies scandal broke last year in which he said:

The abusive relationship between church, State and society may, like the dead babies that have haunted us in recent weeks, be buried beneath the surface of our postmodern globalised reality. But its consequences still lurk in our bloodstream and until we understand them, the past will be our present and our future too.

“I agree to the extent that I see the mother and baby homes not as a legacy of the dark past but as part of the uncontested control of the church. That marriage between church and State continues to pervade the education system, health services, the running of hospitals and schools and the debate on the reproductive health care of women,” said Deputy Smith.