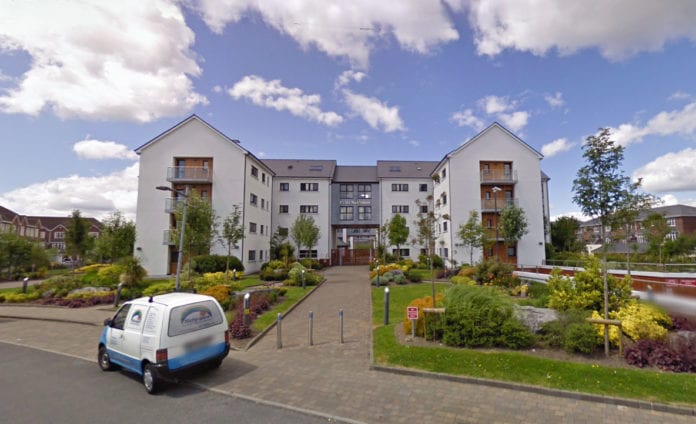 Cúirt na Coiribe student accommodation apartments on the Headford Road have been given planning permission for renovations to add more bedrooms to a number of apartments.

A planning application was made to the city council to reconfigure 22 apartments in Cúirt na Coiribe to add an additional 22 bedrooms to them.

The plans consist of alterations to four apartments on the ground floor, and a further six each on the first and second floors, to give each an additional bedroom.

Six apartments on the third floor/attic level of the building will also be renovated to add an additional bedroom to each.

These changes will result in the existing bedrooms in each apartment being reduced in size.

The city council requested that the developer submit a fire safety report to show that the alterations wouldn’t make the building non-compliant with regulations.

It was originally intended that the six bedrooms on the third floor would each get two extra bedrooms, but that was revised down as unfeasible.

Other works being done include installing 12 Velux skylights and replacing the courtyard doors.

The city council granted planing permission for the renovations with a total of three conditions attached.

Cúirt na Coiribe made headlines last May when it raised its prices for the upcoming year by a dramatic 18 percent, a massive rise in prices that was unprecedented at the time, but has since been mirrored at other places like Menlo Park Apartments.