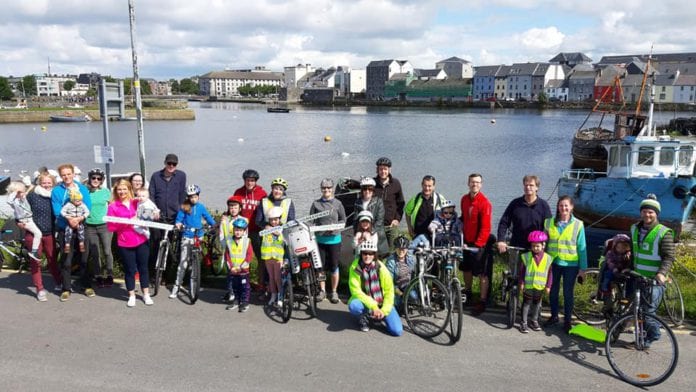 Dozens of people came out over the weekend to cycle from Claddagh to Salthill in support of a Galway-Barna Greenway.

The Galway Urban Greenway Alliance organised the trip from Claddagh Hall, around South Park and on to the Salthill Sunday Market in their second monthly cycle in support of the proposed city greenway.

More than 50 people came out on Sunday for the second monthly cycle along part of the route of the proposed Greenway.

“Thanks to each and everyone who came along to our second monthly family cycle along what should be the start of the Galway-Barna Greenway,” the GUGA said on facebook, “See you all next month”. 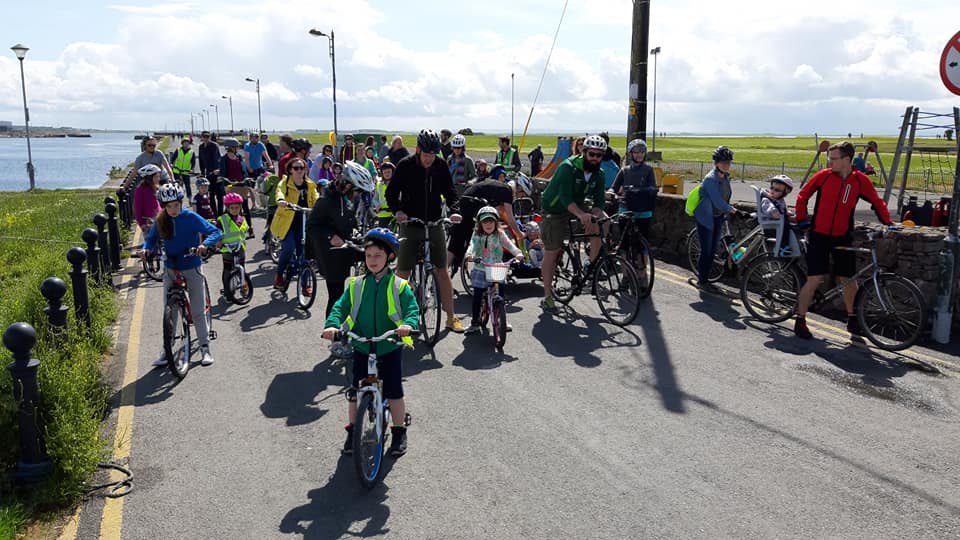 Plans for a walking and cycling route connecting Galway city to Barna were shelved by the city council in 2016 despite being at an advanced stage in the planning process.

A petition organised by the GUGA calling on the City Council to revive the plans currently has 1,900 signatures on Change.org.

It claims that the route could see “hundreds of thousands of families, children, elderly people and tourists alike using it each year.”

“Galway is being left behind with a bizarre situation where on either end of the prom you are encouraged to cycle (the mixed use paths on Southpark and in front of the golf course), whilst on the promenade itself it is illegal to cycle.”

“Galway is a young and vibrant City and many parents are looking for somewhere to cycle with their children in a safe and segregated environment.”

It says that people in the city and Barna are “crying out” for coastal cycling infrastructure.