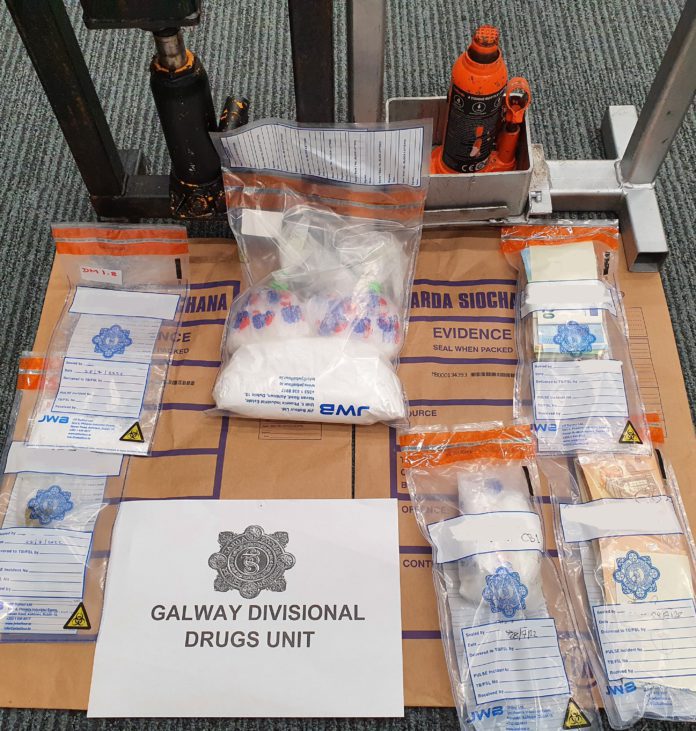 Three people have been arrested in connection with the seizure of €82,000 worth of cocaine and cash in Galway yesterday.

On Thursday, Gardaí from the Divisional Drugs Unit searched a house in the Headford Road area of Galway City.

A woman in her 30s was arrested at the scene and is currently detained under Section 4 of the Criminal Justice Act 1984 at the North Western Regional HQ.

A second search was conducted at a residence in Menlo, Galway, where cocaine worth €63,000 was recovered.

A man and a woman, both in their 20s, were arrested in relation to this seizure.

They are detained at North Western Regional HQ under the provisions of Section 2 of the Criminal Justice (Drug Trafficking Act) 1996.

The drugs and cash seized will be sent for analysis. Gardaí say that the investigation is ongoing.