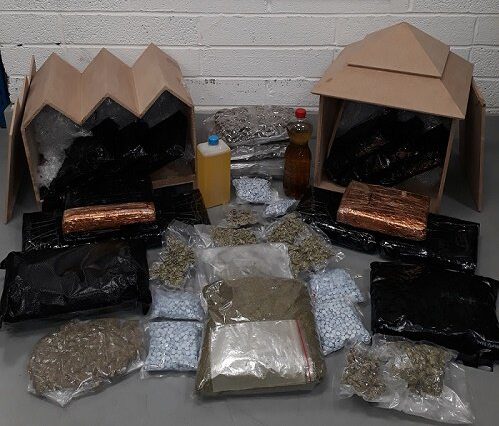 Galway was among the intended destinations for €366,000 worth of drugs seized by the Revenue Commissioners this week.

The drugs were found concealed in parcels labelled as ‘ornaments’, ‘dolls’, ‘Christmas gifts’, ‘candles’, ‘lego’, ‘tea’ and ‘clothes’, and uncovered with the assistance of detector dogs Sam and Bailey.

The originated from diverse locations including the United States, Spain, Thailand, Lithuania, France, Canada and the United Kingdom.

Addresses in Galway were among the destinations for the drugs, as well as counties Dublin, Cavan, Limerick, Kerry, Wexford, Carlow, Sligo, Kildare, Cork and Meath.

The Revenue has stated that investigations into the seizure are ongoing. 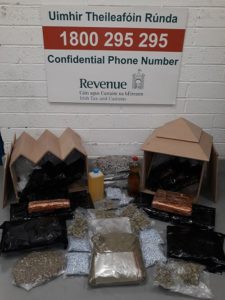