One man was arrested in connection with a €30,000 drugs seizure in Tuam on Wednesday.

Shortly before 5pm on Wednesday members of the Galway Divisional Drugs unit – assisted by the Tuam Crime Unit – stopped and searched a vehicle in the outskirts of Tuam town.

During the course of this search cocaine worth €20,000 (pending analysis) was located concealed in the vehicle.

Gardaí conducted a follow up search at a house in Tuam town and discovered a further €10,000 worth of suspected cocaine. 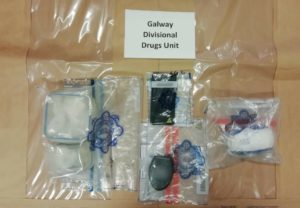 A man in his early 20s was arrested in connection with these seizures.

He was detained under the provisions of Section 4 of the Criminal Justice Act 1984 at Tuam Garda Station yesterday.

He has since been released without charge and a file is being prepared for the Director of Public Prosecution.