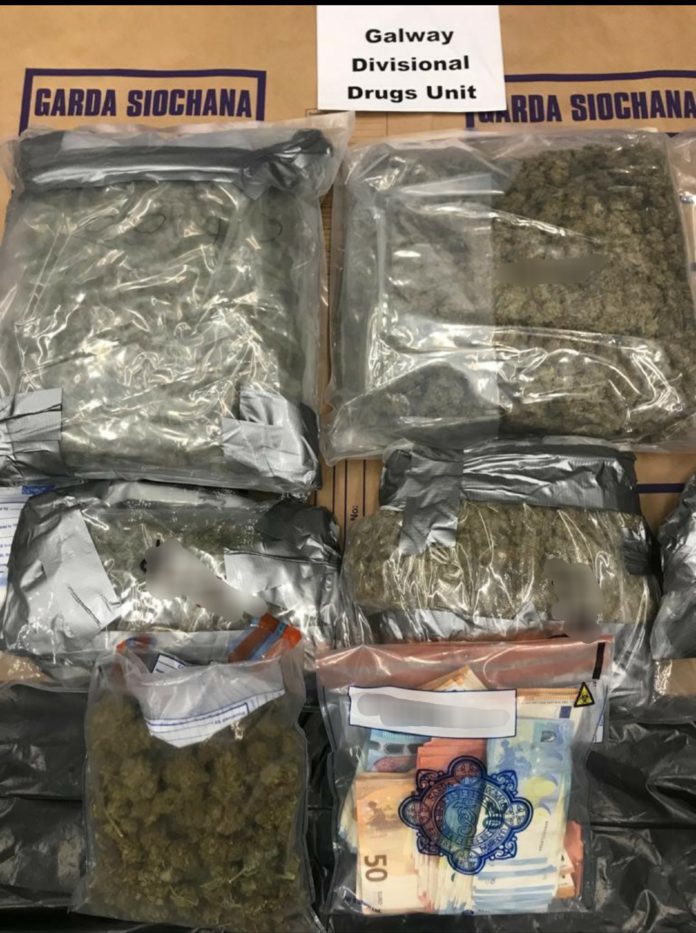 One man has been arrested following the seizure of €76,000 of suspected cannabis from a house in Galway City last night.

Gardai from the Divisional Drugs Unut searched a house in the Newcastle area of the city at 10:30pm on Mondqy night.

During the search they found suspected cannabis with a value of €76,000, pending analysis.

Gardai also discovered €7,150 in cash, which was seized as part of the operation.

A man in his 40’s was arrested at the scene and is currently being detained under Section 2 of the Criminal Justice (Drug Trafficking) Act 1996 at North Western Regional HQ in Galway.

This seizure forms part of Operation Tara, an enhanced national anti-drugs strategy, which was launched by Garda Commissioner Drew Harris on July 2, 2021.

The focus of Operation Tara is to disrupt, dismantle and prosecute drug trafficking networks, at all levels – international, national, local – involved in the importation, distribution, cultivation, production, local sale and supply of controlled drugs.