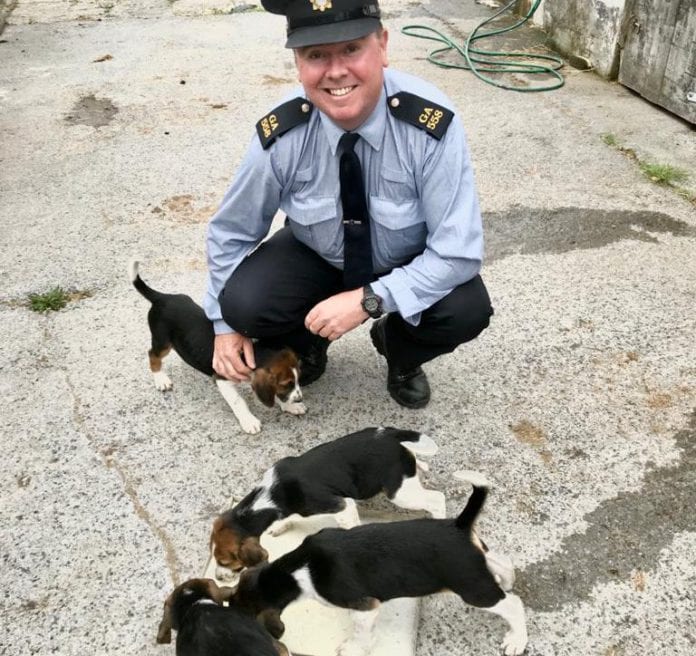 A litter of foxhound puppies stolen from a home in Craughwell last month have been returned home after a cross-border police operation in Belfast.

The puppies were recovered in Belfast Harbour on their way to a ferry as part of a multiagency cross-border operation involving An Garda Síochána in Galway, Monaghan, Clones and Bailieboro, and Belfast Harbour Police.

During the course of a search and seizure operation at Belfast Harbour on June 23, 2020 at approximately 11pm, a number of dogs were recovered by Belfast City Council Animal Welfare Service.

Four fox hound puppies, which had been stolen in Craughwell between 7pm on Sunday June 21, and 9am on Monday June 22, 2020, were among the dogs seized. 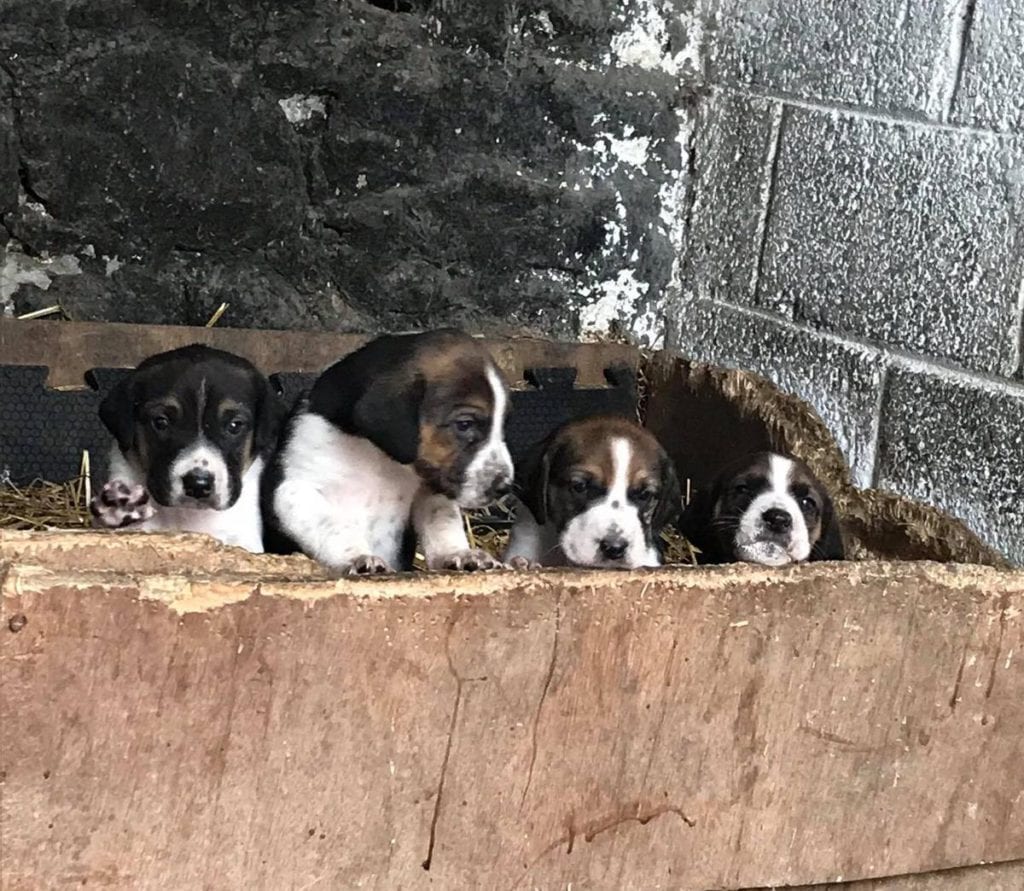 These puppies, which were just four weeks old when they were stolen, have been returned to their owner and reunited with their mother. Gardaí say they are in good health.

One man is currently under investigation in relation to offences under the Welfare of Animals Act in Northern Ireland.

Gardaí are appealing to the public to take extra crime prevention measures when it comes to caring for your pet, particularly high-value breeds of dogs.

Pet owners are advised to protect their animals by ensuring that they are microchipped. This ensures it can be easily identified if found and returned to the owner.

It is also important that pets like cats and dogs have a collar which should include the owner’s contact details in the event that the animal gets lost.

Anyone transporting an animal to another country must also ensure that the animal is microchipped and has a pet passport so that they can be traced.

Animal owners are also advised to ensure that their home and garden are secure as this will help to prevent theft and deter potential culprits.

Those with a high value breed of animal could also invest in CCTV and other crime prevention measures.

Further advice on home security, gardens and landscaping can be found on the Garda website.