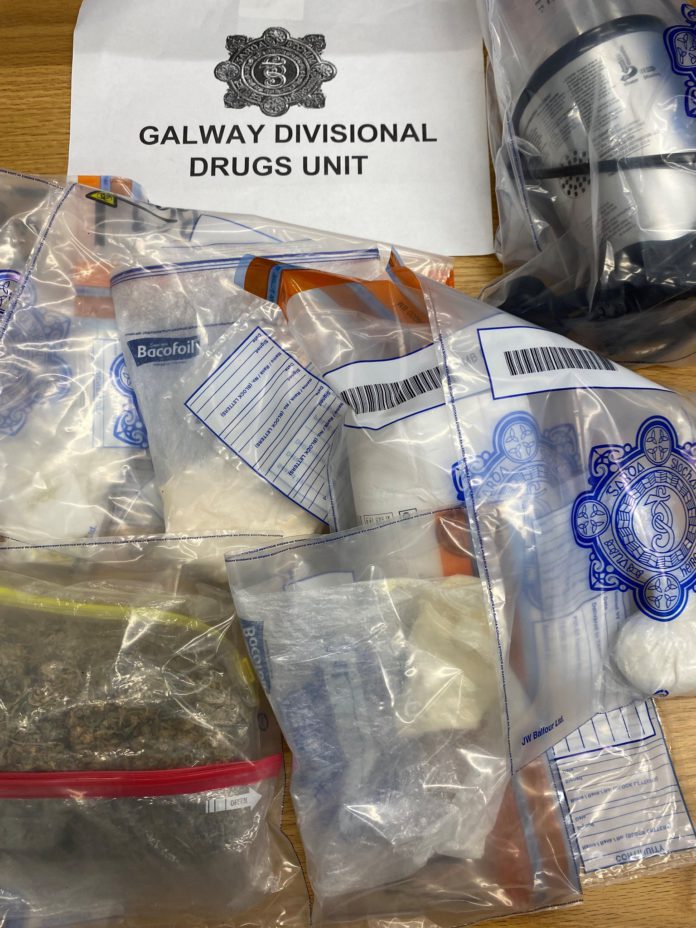 Gardai in Galway City seized €54,000 worth of assorted drugs , and arrested one man, during a search operation on Friday evening.

Yesterday evening, Gardaí searched a residence in the Knocknacarra area of Galway City.

During the course of the search, they found €54,000 worth of ketamine, cocaine, and cannabis.

Along with the drugs, Gardai also seized €1,380 of cash, and other drugs paraphernalia.

A man in his 40s was arrested at the scene and was detained under the provisions of Section 4 of the Criminal Justice Act 1984.

He has since been released without charge and a file will be now prepared for the Director of Public Prosecutions.

All items have been seized by investigating Gardaí and the drugs will be subject to analysis by Forensic Science Ireland (FSI).

Galway Gardaí seize €34,000 of cocaine in raid, arrest one man