Gardaí in Moycullen seized €4,500 in cash and suspected cocaine during a vehicle stop last weekend.

Gardaí from Oughterard stopped a car in Moycullen Village on Friday night.

Two individuals were arrested, and later released without charge.

A file is now being prepared for the Director of Public Prosecutions.

The investigation is ongoing. 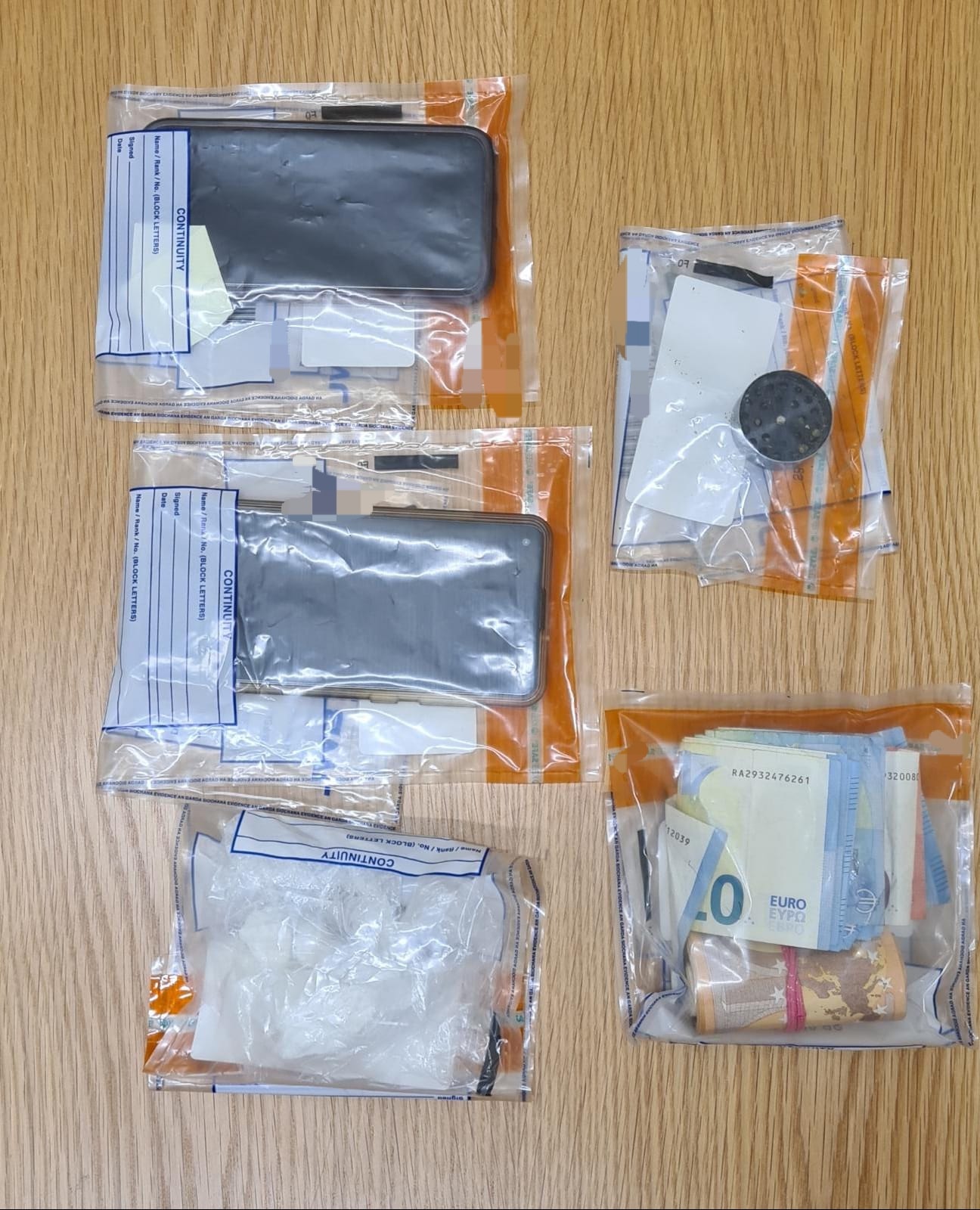