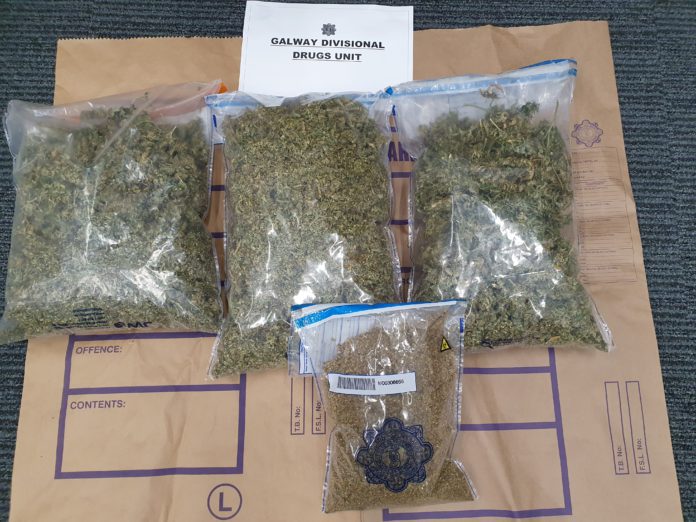 Gardaí seized €30,000 worth of drugs during the search of a house in Galway City on Tuesday, May 3.

As part of Operation Tara, Gardaí attached to the Galway Divisional Drugs Unit searched a house in the Knocknacarra area of Galway on foot of a search warrant.

Cannabis herb worth approximately €30,000 (analysis pending) was found in the course of the search.

A man in his 50s was arrested at the scene and detained under the provisions of Section 4 of the Criminal Justice Act, 1984 for questioning.

He has since been released without charge and a file is being prepared for the Director of Public Prosecutions.

The drugs will be sent to FSI for analysis. A Garda spokesperson said that the investigation is ongoing.