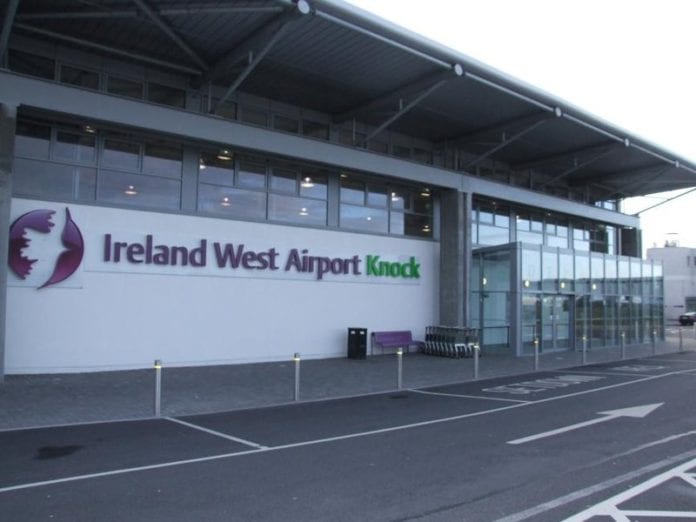 A number of safety and sustainability improvements are planned for Ireland West Airport at Knock with the funding announced last month.

In April, Galway TD and Minister of State Hildegarde Naughton announced that Knock would receive €4.76 million under the Regional Airports Programme this year.

Knock Airport plans to use this funding for critical safety and security projects, as well as support a push towards achieving net-zero emissions by 2050.

One of the key projects towards achieving this goal is a major upgrade of the airport’s electrical infrastructure across its entire campus.

Other projects supported by this funding will include construction of a new fire training centre and buying a new fire truck.

Upgrade works will also take place on the safety are at the runway’s end.

To match the €4.76 million from the Exchequer, the airport also plans to invest €1 million of its own money in this projects.

Arthur French, Chairman of Ireland West Airport said that the government funding would help them with “critically important” works this year.

“This funding will support the latest phase of our airport transformation programme aimed at both futureproofing the airport and ensuring our facilities meet the needs of our customers”.

This comes as they are expecting a “significant increase” in the demand for international travel this summer, and for the remainder of the year.