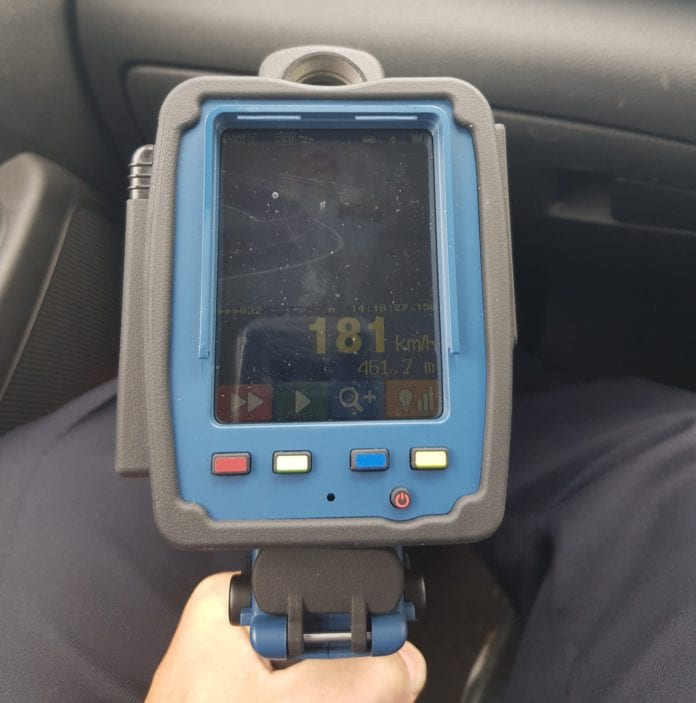 Galway Gardaí caught a speeding driver doing more than 60km/hr over the limit on the M6 motorway earlier this morning.

The Galway Garda Roads Policing Unit clocked a car doing 181km/hr on the motorway and pulled it over for speeding.

The top speed limit anywhere on the M6 between Dublin and Galway is 120km/hr.

Galway Garda RPU detected the driver of this car on the M6 at a speed of 181km/h. Court proceedings to follow. #SlowDown#SocialDistancing pic.twitter.com/wbX5fIPuBH

Gardaí and the Road Safety Authority have both expressed concern about the fact that road deaths are up 9 percent in Ireland this year.

There were 60 deaths on Irish roads up to May 27 of this year in 56 fatal collisions, up from 55 killed in 48 collisions in the same period last year.