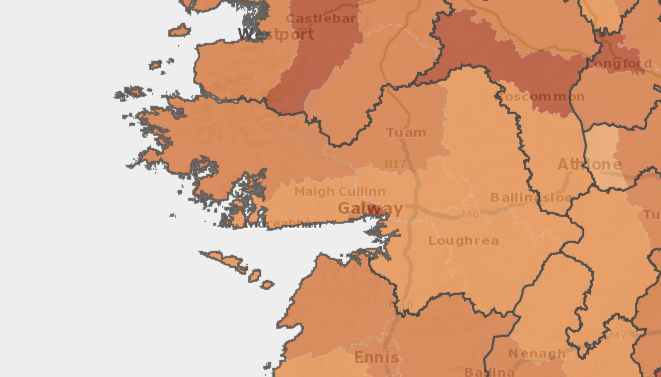 The 14-day COVID-19 incidence rate has fallen in eight of Galway’s ten local electoral areas, with only two areas recording an increase in the latest data.

Both Galway City East LEA and Ballinasloe LEA recorded a higher incidence rate this week than last week, with rates of 590 and 199 cases per 100,000 people respectively.

Conamara North LEA and Tuam LEA recorded rates above the national 14-day rate of 390 cases per 100,000 people this week.

Just 39 cases were recorded in the two weeks to 20 September in Conamara South LEA, giving it a two-week COVID rate of 183.

But Athenry-Oranmore’s rate was even lower at 180 (59 new cases in two weeks) and Gort Kinvara recorded a rate of 196.

Loughrea LEA had the lowest COVID rate in the county this week at 42 cases per 100,000 people after just 33 new cases were recorded there in two weeks.