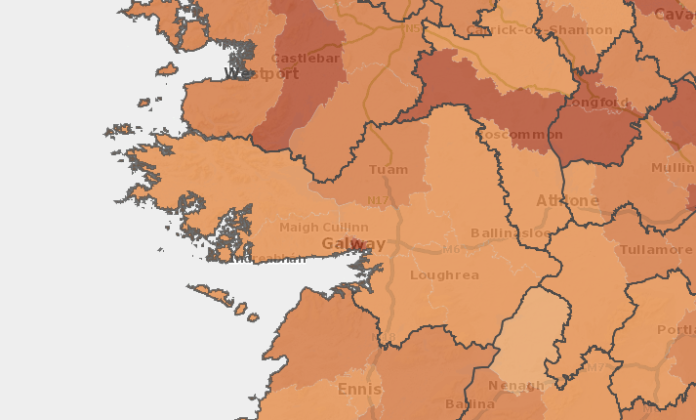 Galway City Centeal, Athenry-Oranmore, and Ballinasloe recorded a higher incidence rates when the data was taken earlier this week, but the rate fell in every other area in the county.

Galway City Central LEA’s rate increased slightly to 416, while Athenry-Oranmore and Ballinasloe recorded rates of 195 and 217 cases per 100,000 people respectively.

Just 30 cases were recorded in the two weeks to 27 September in Conamara South LEA, giving it a two-week COVID rate of 141.